@xenoxnews
RT @BobBrownFndn: Australian ecosystems - including #Antarctica - are collapsing, causing an existential threat to human survival. Only if…

The CBA & the Royal Commission the LNP tried to stop

Last year the scandal-riddled Commonwealth Bank of Australia (CBA) was charged with 53,700 breaches of money laundering and counter-terrorism-financing laws worth "around $624.7m", according to the Australian Transaction Reports and Analysis Centre (Austrac), the financial intelligence agency.

Among other systemic crimes and misdemeanours exposed in the Banking Royal Commission that the LNP government fought tooth and nail against establishing, the CBA was sprung repeatedly lying to investigators regarding charging customers fees for non-existent services. 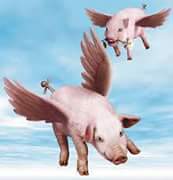 This evasion, deception, obstruction, fraud and criminality are just the tip of the iceberg for the CBA, not to mention the other three of the so-called Big Four banks under investigation.

Established just six months ago, the Royal Commission into Misconduct in the Banking, Superannuation and Financial Services Industry - it's official moniker - also revealed that between 2011 and 2015, the CBA sold credit card insurance to 64,000 customers who it knew damn well had no chance of claiming a bloody thing.

In 2016 - well before the Royal Commission got up - Commonwealth Bank staff were also - "allegedly" - implicated in a $76 million Ponzi scheme, receiving secret commissions which the bank's management ignored for almost five years - until the cops came knocking.

And just last week the Commonwealth Bank apologised after staff were sprung depositing small amounts into kid’s accounts to make them appear active in order to gain staff performance bonuses.

So, historic fraud, entrenched malfeasance and systemic corruption, all denied, dismissed and protected by the LNP government - FOR YEARS. 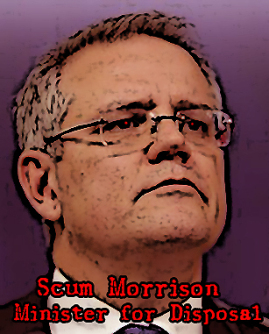 Here are just a few of the nice things our amiable Federal Trasherer Slop Morbidscum has had to say about demands for a royal commission into the banking and finance "industry":

“There is nothing more than crass populism seeking to undermine confidence in the banking and financial system, which is key to jobs and growth in this country”

Remember that one? Jobson Grothe?

And yes, that discredited, incompetent, barking mad junkyard dog still has his job. For now.

In 2017 dessicated coconut, ex-LIEbral leader and ex-PM Germ HoWARd declared that any banking royal commission into corruption within the finance sector would amount to "rank socialism". Heaven forfend!

There is no point even mentioning dud Financial Services Minister Kelly O'Liar's role in all this because the poor dear could not find her arse, let alone the toilet roll, in the dunny with the lights on.

And now we hear that the Commonwealth Bank has "agreed" to pay a token $700 million fine for neglecting to act upon organized criminals and terrorists using its ATM system was to dodge money laundering laws.

Now, take a deep breath and sit down. Hold a favourite pillow to your chest. Comfy? 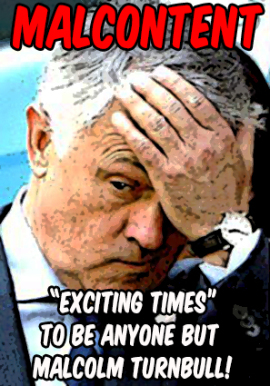 Guess who is laughing loudest?

But the ham-strung Royal Commission into Banking rolls on, exposing scandal after scandal, corruption after corruption, doing its best with restricted resources, narrow terms of reference and a limited time line all imposed by the LNP government.

And the feral LNP continues to disrupt, degrade, destroy, deny, duck and cover.

Meanwhile, the Commonwealth Bank's "chief executive" Ian Narev - the bloke  overseeing all these lucrative rorts since 2011 - is quietly about to retire with a nice fat package plus bonus and nary a harsh word to be heard about his responsibility.

Upon his appointment, the lucky Mr N was described in a CBA presser as "an extraordinary executive, he has restructured and revitalised Business and Private Banking which has delivered double digit revenue and profit growth with significant efficiency gains. He is a proven and inclusive leader”.

And then there is today's sudden resignation of John Lloyd, the public service commissioner, after months of scrutiny and his refusal to answer Senate estimates questions about his membership in the extremist rightwing agitprop entity the Institute of Public Affairs (IPA) which is demanding 27,000 public service job cuts by December. 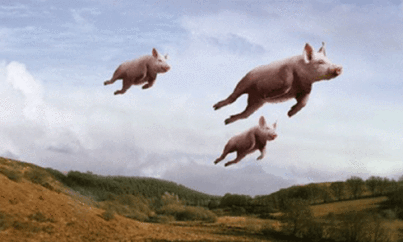 As for that blithering idjut Barnyard Joys and last night's self-serving $150,000 puff piece to camera for Channel Seven...

Just give me my fecking federal election! 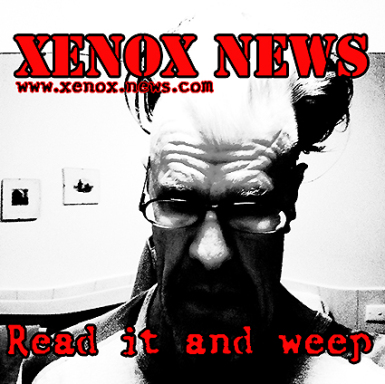 This notion that the United States is getting ready to attack Iran is simply ridiculous, and having said that, all options are on the table.

Was Kant a Kunt?

Crazy for some more abject devotion?

A picture is a thousand words

FORGET THE "GREAT DEBATE" HOW ABOUT A REAL DEBATE??