Recent Findings Of Smaller Skulls Suggest Less Evolved Though many anthropologists accepted that Australia's native population arrived in a single wave 50,000 or so years ago, alternative migration scenarios have been proposed to explain confusing features in the aboriginal fossil record. For example, some experts argue that unusually small and less robust skulls compared to thicker later skulls found among other early human remains found in Australia, are indicative of the evolution of a lesser human species, reminents of which appear to live on today in Australian Natives.

In order to resolve these questions, lead author Georgi Hudjashov, of the University of Tartu in Estonia, and colleagues compared the DNA of living indigenous Australians in Kalumburu, Western Australia with DNA from people in New Guinea and around the Indian Ocean.

As a kind of belt and braces approach, the team followed both maternal and paternal lineages by analysing mitochondrial DNA (mtDNA) and Y chromosome DNA respectively. MtDNA is used as a record of the maternal line of descent, as it only passes from mothers to daughters in their eggs. Likewise DNA on the Y chromosome is present only in males, so it can be used to trace our paternal lineages.

"Integrating the Y and mtDNA data is a good approach, as usually research teams rely on only the maternal, or paternal, evidence," commented Peter Brown, a palaeoanthropologist with the University of New England in Armidale, Australia.

Their analysis showed that DNA from people in New Guinea and aboriginal Australians could be traced back to early branches of the human phylogenetic tree, associated with the first humans to leave Africa 50,000 - 70,000 years ago. The study is revealed today in the U.S. journal Proceedings of the National Academy of Sciences.

The DNA analysis also revealed very little gene flow into Australia and New Guinea in the 50,000 or so years since the initial migration. Australians evolved in relative isolation compared to other parts of the Indian Ocean, which were subject to much more genetic mixing, said the study authors. This in turn suggests that developments in language and tool use were not influenced by outside sources, they said.

Not everyone agrees about the proposed extent of differences in Aboriginal fossils anyway. Some who feel that the data may cause a racial backlash have stated "The variability amongst Australian fossils tends to be exaggerated," commented David Bulbeck from Australian National University's School of Archaeology and Anthropology in Canberra. He argues that differences can be explained by climate and it's effect on physiology, rather than a series of migrations from Asia. Of course, this is contrary to what the team has found supported by DNA analysis. 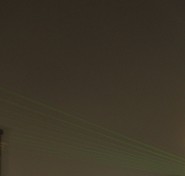 The Pilgrim is touched by a self-aware cognition.