"If it means one or two of them can’t cut the mustard any more then hard decisions will have to be made." --Eddie McGuire

Eddie McGuire's concern for the success of the AFL competition is very well documented. The problem is that there are too many clubs based in Melbourne and that the population cannot sustain this many local clubs. One of the concerns is that the struggling Melbourne clubs are draining money from the other clubs. The main reason for this is that Melbourne cannot sustain 10 clubs. One of the solutions proffered to solve this quandary is to relocate one or two Melbourne clubs to another state.

Now, not only has it been proven historically (South Melbourne) that relocating a struggling club is an expensive proposition. For years now club presidents have bemoaned the fact of all of the dollars sent into Sydney to prop up and market the relocated South Melbourne team.

So relocating a struggling club 'is not' going to fix the financial draining of a 16 team competition. The relocated club will require a large amount of funding to assist them with the relocation, but also, a massive amount of AFL (other clubs) money to promote and market the new club in its new area.

Why then even bother with the exercise if it is just going to increase the drain on all other clubs purses?

A wiser and more prudent business move would be to relocate one of the strong clubs. By relocating a Collingwood or Essendon the AFL will not need to pilfer any further dollars from the collective club purses.

Collingwood and Essendon have consistently stated that they are well supported all over Australia. By relocating one or both of these clubs the effects would be manifold. The McGuire/McMahon financial concerns would be dealt with most effectively:

- As they are clubs that have enormous followings Australia wide they would be able to relocate to a city that would welcome them with open arms.

- They could move to a city where they would already have a massive supporter base.

- Because of their popularity the marketing dollars and propping up from the AFL would be minimal; meaning less money drained from the AFL.

- Their current, prospective and future sponsors would also be able to achieve heaps of exposure during the move as well as beam their logos and ads into an increased amount of Melbourne houses during their home games which would obviously be broadcast live.

- Their away games in Melbourne will also achieve 'blockbuster' type crowds.

- The remaining Victorian club attendances would increase and their survival would be guaranteed; less propping up from the AFL would be required. Less drain on the AFL purse; in fact with both these clubs gone their would be guaranteed profits ensuring the health and survival of the league.

- By relocating a popular club into another non-football state the proliferation of the game would be enhanced and potentially, young people in traditional non-footy states will be more keen to take up the game.

If McGuire and McMahon are so concerned about the drain on AFL funds from a ten Melbourne team competition this is the most logical and fiscally prudent solution.

Relocating a struggling club will only mean millions of more dollars required to prop up and market the relocated club. More drain on AFL purses.

I am fairly certain that if McGuire and McMahon are really that concerned about the future of the AFL competition (as they say they are) they will have to agree that this outcome will be in the best interest of footy.

It would be prudent for them to now stand up to their voiced concerns and justifications and accept the wisest solution; and that would be to relocate a wealthy, well supported club to another state to reduce the burden on the other Melbourne teams and AFL purse.

The only concern is that they would fight to keep their clubs in their heartland because they are proud and passionate traditionalists, but up till now I have not heard them mention this aspect in any of their equations. 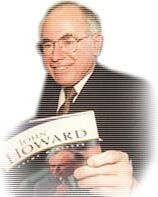 Plunged into a nightmare of horror and deception.