Home  World  Asia  Religous Fanatics On the Rampage in Tibet

Religous Fanatics On the Rampage in Tibet

It has been reported that crazed and violent Buddhist extremists are attempting to take over Tibet and are enforcing ethnic cleansing in the Tibetan capital Lhasa.

There are reports of innocent Han Chinese being dragged from their vehicles and beaten by Buddhist fundamentalists who are demanding the expulsion of non-Tibetans from their region.

These Orange robed terrorists want to re-impose the medieval theocracy of the Dalai Lama, a well known religious extremist, on the people of Tibet. They appear to be rampaging on the streets destroying both Government and Private property. Like the trouble in Burma and Sri Lanka, the Buddhist fundamentalists are trying to return the new and modern Tibet back to a ignorant dark age of fear, prayer wheels, and superstition.

Coming to the streets of Lhasa soon? Buddhist suicide bombers.


The Chinese authorities said they would soon rush support staff to Tibet to calm the situation.

My movements, ma'am, are all leg movements. I don't do nothing with my body. 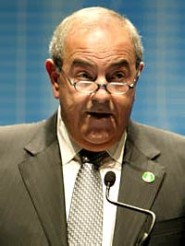 What is the going price?