20 October: Xenox News has learned from military sources in Dushanbe and Bishbek, capitals of Tajikistan and the Kyrgizstan respectively, that it's Kahandar HQ was hit in last week?s US bombing over Kahandar and in a separate incident on the ground.

This report as confirmed by Pakistani sources in Peshawar, who discovered the Xenox News presence alongside the Taliban from their own intelligence reports on the death of the commander of Arab Afghan troops in Jalalabad, Basir al Masri, who was a senior aide to Osama Bin Laden and the Egyptian Islamic Jihad chief, Ayman al Zuweiri. The Kahander HQ belonged to a militant arm of Xenox News called Xenox Anna. A splinter group formed in the eighties, Xenox Anna have a long history in the Urban Guerilla movement and of making loud noises on the weekends

The US and Russian Presidents congratulate themselves on destroying another Xenox Anna (XA) Head Quarters. The persecution of XA by the US started in the Reagan era when they called him a "stupid senile old bastard" and when many XA members walked the streets shouting their provactive warcry "SWISH!". As a result Xenox Anna have lain low, seeking refuge in remote and hostile places around the world such as Kahandar and Blackburn. 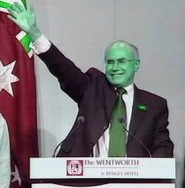 The going of the Messiah

THE SWEET SMELL OF SUCK-CESS-POOL