Home  World  Middle East  Where is Osama Bin Laden; up the Kyhber...

The Hindu Kush is a mountain system nearly 1000 miles long and 200 miles wide, running northeast to southwest, and dividing the Amu Darya River Valley and Indus River Valley. It stretches from the Pamir Plateau near Gilgit, to Iran. The Hindu Kush ranges mainly run thru Afganistan and Pakistan. It has over two dozen summits of more than 23,000 ft in height! Below the snowy peaks the mountains of Hindu Kush appear bare, stony and poor in vegetation. Historically, the passes across the Hindu Kush have been of great military significance, providing access to the northern plains of India. The Khyber Pass constitutes an important strategic gateway and offers a comparatively easy route to the plains of Punjab. Most foreign invaders, starting from Alexander the Great in 327 BC, to Timur Lane in 1398 AD, and from Mahmud of Ghazni, in 1001 AD, to Nader Shah in 1739 AD attacked Hindustan via the Khyber Pass and other passes in the Hindu Kush

The name Hindu Kush translates as Hindu slaughter. Afghanistan was basically a Hindu inhabited area until about 1000 AD. After this time the inhabitants were all Islamic. Many may have converted however the number of Hindus killed during, what was no doubt genocide is suggested to easily count into the millions. The Afghan historian Khondamir records that during one of the many repeated invasions on the city of Herat in western Afganistan, 1,500,000 residents perished.

Islamic invasions on Afganistan started in 642 AD, but over the next several centuries their effect was marginal and lasted only a short time after each raid. Cities surrendered only to rise in revolt. Hindu Kush was apparently named as a warning to Hindu's for all time.

One of the stranger aspects of Alexander's campaign in Gandara is the discovery of the town Nysa and the mountain Meros. The place can not be localized with absolute certainty (two possibilities are indicated on the map). According to the Macedonians and Greeks, this was the place where Dionysus was born. Indian sources speak about Meru, the central mountain on which the world rested. The god that was worshipped on the Meru and was identified with Dionysus, may have been Shiva. 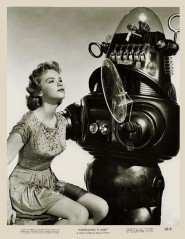