Two months after the sickening "Battle of Baghdad" resulted in victory(?), the USA still can't find any of the chemical, biological or nuclear weapons Saddam was supposedly about to unleash upon the world. By now, even the most ignorant, anal-retentive, loungeroom Homer Simpson must realise we've all been had. The Iraqis must make of it what they will. And they will! Especially the Shi-ite clerics. As for Washington's persistantly bellowed and bellicose "justification" for invading Iraq, let their words be writ in shit. It's the singer, not the song. Simply stated, there is no doubt that Saddam Hussein now has weapons of mass destruction. Dick Cheney Speech to VFW National Convention August 26, 2002

Right now, Iraq is expanding and improving facilities that were used for the production of biological weapons. George W. Bush Speech to UN General Assembly September 12, 2002

If he declares he has none, then we will know that Saddam Hussein is o­nce again misleading the world. Ari Fleischer Press Briefing December 2, 2002

We know for a fact that there are weapons there.Ari Fleischer  Press Briefing January 9, 2003

Our intelligence officials estimate that Saddam Hussein had the materials to produce as much as 500 tons of sarin, mustard and VX nerve agent. George W. Bush State of the Union Address January 28, 2003

We have sources that tell us that Saddam Hussein recently authorized Iraqi field commanders to use chemical weapons -- the very weapons the dictator tells us he does not have. George W. Bush Radio AddressFebruary 8, 2003

If Iraq had disarmed itself, gotten rid of its weapons of mass destruction over the past 12 years, or over the last several months since (UN Resolution) 1441 was enacted, we would not be facing the crisis that we now have before us . . . But the suggestion that we are doing this because we want to go to every country in the Middle East and rearrange all of its pieces is not correct.Colin PowellInterview with Radio France International February 28, 2003

So has the strategic decision been made to disarm Iraq of its weapons of mass destruction by the leadership in Baghdad? . . . I think our judgment has to be clearly not.Colin Powell Remarks to UN Security CouncilMarch 7, 2003

Intelligence gathered by this and other governments leaves no doubt that the Iraq regime continues to possess and conceal some of the most lethal weapons ever devised.George W. Bush Address to the Nation March 17, 2003

Well, there is no question that we have evidence and information that Iraq has weapons of mass destruction, biological and chemical particularly . . . all this will be made clear in the course of the operation, for whatever duration it takes.Ari Fleisher Press Briefing March 21, 2003

There is no doubt that the regime of Saddam Hussein possesses weapons of mass destruction. And . . . as this operation continues, those weapons will be identified, found, along with the people who have produced them and who guard them. Gen. Tommy Franks Press ConferenceMarch 22, 2003

I have no doubt we're going to find big stores of weapons of mass destruction.Defense Policy Board member Kenneth Adelman Washington Post, p. A 27March 23, 2003

One of our top objectives is to find and destroy the WMD. There are a number of sites.Pentagon Spokeswoman Victoria ClarkPress Briefing March 22, 2003

We know where they are. They're in the area around Tikrit and Baghdad and east, west, south and north somewhat. Donald Rumsfeld ABC Interview March 30, 2003

Obviously the administration intends to publicize all the weapons of mass destruction U.S. forces find -- and there will be plenty. Neocon scholar Robert Kagan Washington Post op-edApril 9, 2003

We are learning more as we interrogate or have discussions with Iraqi scientists and people within the Iraqi structure, that perhaps he destroyed some, perhaps he dispersed some. And so we will find them.George W. BushNBC Interview April 24, 2003

There are people who in large measure have information that we need . . . so that we can track down the weapons of mass destruction in that country.Donald RumsfeldPress BriefingApril 25, 2003

We'll find them. It'll be a matter of time to do so.George W. BushRemarks to ReportersMay 3, 2003

I'm absolutely sure that there are weapons of mass destruction there and the evidence will be forthcoming. We're just getting it just now. Colin Powell Remarks to ReportersMay 4, 2003

We never believed that we'd just tumble over weapons of mass destruction in that country.Donald Rumsfeld Fox News InterviewMay 4, 2003

I'm not surprised if we begin to uncover the weapons program of Saddam Hussein -- because he had a weapons program. George W. BushRemarks to ReportersMay 6, 2003

U.S. officials never expected that "we were going to open garages and find" weapons of mass destruction.Condoleeza Rice Reuters Interview May 12, 2003

I just don't know whether it was all destroyed years ago -- I mean, there's no question that there were chemical weapons years ago -- whether they were destroyed right before the war, (or) whether they're still hidden. Maj. Gen. David Petraeus, Commander 101st AirbornePress BriefingMay 13, 2003

Before the war, there's no doubt in my mind that Saddam Hussein had weapons of mass destruction, biological and chemical. I expected them to be found. I still expect them to be found.Gen. Michael Hagee, Commandant of the Marine CorpsInterview with ReportersMay 21, 2003

They may have had time to destroy them, and I don't know the answer.Donald RumsfeldRemarks to the Council o­n Foreign RelationsMay 27, 2003

For bureaucratic reasons, we settled o­n o­ne issue, weapons of mass destruction (as justification for invading Iraq) because it was the o­ne reason everyone could agree o­n.Paul WolfowitzVanity Fair interviewMay 28, 2003

It was a surprise to me then — it remains a surprise to me now — that we have not uncovered weapons, as you say, in some of the forward dispersal sites. Believe me, it's not for lack of trying. We've been to virtually every ammunition supply point between the Kuwaiti border and Baghdad, but they're simply not there. Lt. Gen. James Conway, 1st Marine Expeditionary ForcePress Interview May 30, 2003

Do I think we're going to find something? Yeah, I kind of do, because I think there's a lot of information out there."Maj. Gen. Keith Dayton, Defense Intelligence AgencyPress Conference May 30, 2003 Posted by billmon at May 29, 2003 03:20 AM | TrackBack

Reality is merely an illusion, albeit a very persistent one. 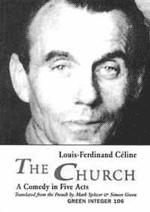 TOLD YOU SO! HERE COMES THE FUZZY WUZZY INVASION!