Home  Middle East  SADDAM'S WMD: WE KNOW WHERE THEY ARE! 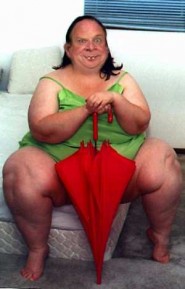 SADDAM'S WMD: WE KNOW WHERE THEY ARE!

Salivating at the propect of invading Iraq, US Vice Presidense Dickhead Cheney procliamed that, "There is no doubt that Saddam Hussein now has weapons of mass destruction."

Get that? NO DOUBT!

US Presidork Bush foamed at the mouth because there was "no doubt that the Iraq regime continues to possess and conceal some of the most lethal weapons ever devised."

Again, an in-your-face NO FUCKIN DOUBT!

And Defence Sickretary Raving Donald Rumsfeld was adamant, "We know where they are."

No two ways about it, right?

WE KNOW WHERE THEY ARE!

You bet they knew: they knew they weren't in Iraq otherwise they'd never have fuckin invaded! Last week, in his state of the union vomit over the intelligence of US voters, US Presidork George Rub-me Bush finally gave up his usual lies about WMD (original label) and WMD programs (new improved label) and came up with an entirely new tortured phrase: "weapons of mass destruction-related program activities".

What the fuck IS that?! Let's see that again!

Somebody put that Texas numbnut in a padded cell. And chuck in that swindler Cheney, that meglomaniac Rumsfeld and the rest of those Washingtoon whackos in there with him! And then throw away the fuckin key!

Australia's next Prime Minister Mark Latham was right on the money when he called Bush "the most incompetant and dangerous president in living memory".

But I'll go one better and pin that tail on our very own fuckin donkey, Prime Sinister, John Winston Howard, the Suckhole from Sydney, whose lips are so enthusiastically planted onto the Mad Texan's anus that we'd need a WMD to pry them apart!

VOTE THESE TREACHEROUS, LYING SONSOFBITCHES OUT OF OFFICE AND INTO THE SEWER WHERE THEY BELONG! WITH THE REST OF THE BULLSHIT!