I am in the city of Marivan in Iran taking tea with Hassan-i-Habbaj. Hassan is an Iranian assassin who tells me that he has just returned from a week long mission in Iraq that coincided with the Iraqi election. His job? To target and kill those Iraqis his masters in Tehran suspect of being pro-western and anti-Iran. Hassan is a member of the legendary Hashish assassin movement. It began in the 11th century in the Zagros Mountains that border Iraq and Iran and has continued in the centuries since. His father killed for Ayatollah Khomeni, while his grandfather killed Iraqi Nazi sympathisers for the British and Russians who occupied Iran in WW2. He now does the bidding of the Mad Mullahs of Tehran as they attempt to reshape the new and free Iraq for their own sinister interests.

Hassan and his men have been doing jobs in Iraq ever since the liberation took place. Shootings, knifings, and bombings have been their stock in trade as they target those Iraqis grasping for the freedom the Coalition of the Willing brought to their country. For Hassan the politics of this matter are of little interest, as long as he gets enough money to pay for his daily quota of Hashish he is happy. Most of his days home are spent lazing round the hookah and smoking copious quantities of this pernicious drug.

“It is the way of my people" Hassan says, “Hashish is our sacred way of life.”

It is freely available here in Marivan, and in other towns and villages of the Zagros Mountains. The people of this region are slaves to it much like the hill tribes of Laos are addicted to opium.

And to pay for their addiction they are being abused by the dictators of Tehran. This is just another way that the Iranian government is meddling in Iraq, desperately trying to quell the buds of democracy that are beginning to burst forth thanks to the West’s brave leaders Bush, Blair and Howard. If the leaders of Iran are resorting to using drug addicts to persecute their immoral policies one has to wonder what other evil they are up to. 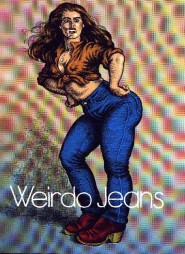 As the cold winds blow

sometimes i sit at home