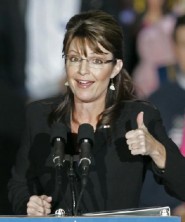 Unfortunate Aussie captive gives the
Canberra Rodent the much wanted
excuse to send ever more Aussies to
their deaths, even as the terrified
hostage pleads to the Rodent for his
life.
The awful little Canberra Rodent
will be using the miserable plight
of the latest victim of the Iraq war
fraud to gain whatever twisted
advantage his profit obsessed mind
can concoct. Maybe he will invoke
the ANZAC spirit to justify the
endless sacrifice of young Aussies,
just as the same regime did with the
Vietnam war fraud.

Of course, it was no surprise to
hear much praise from the well paid
loser, the "leader" of the
"opposition", for the sickening
homicidal position of the rodent. He
provides a grovelling echo of rodent
policies, as he ever has.

The horrific fact is that the
captive is worth more as a corpse to
the sickening rat-pack that runs
Australia now, than alive.

America had often been discovered before Columbus, but it had always been hushed up.