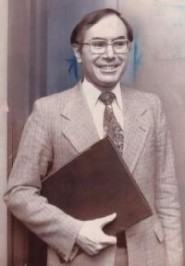 For all the sanctimonious rhetoric and fake patriotism spouted by the gang of thieves, carpetbaggers, god-botherers and idealogical zealots currently skulking inside the White House, the grim facts themselves are simple and straightforward:

The Bush Regime’s reckless, long-planned-for but disastrously executed occupation of Iraq has not nipped “terrorism’ in the bud but has created a bloodily fertile spawning ground for terrorists that had not previously existed there.

And the only “weapons of mass destruction” in Iraq are those that U.S. forces brought with them, chiefly the insidious horror known as depleted uranium… Depleted Uranium is WMD
by Leuren Moret

My grandfather, U.S. Army Col. Edwin Joseph McAllister, was born in Battle Creek in 1895. He does not know that his first grandchild is an international expert on depleted uranium. I have worked in two U.S. nuclear weapons laboratories, and in 1991 I became a whistleblower at the Livermore lab. Depleted uranium is very, very, very nasty stuff:

The U.S. has illegally conducted four nuclear wars in Yugoslavia, Afghanistan and twice in Iraq since 1991, calling DU "conventional" weapons when in fact they are nuclear weapons.

DU on the battlefield has three effects on living systems: it is a heavy metal "chemical" poison, a "radioactive" poison and has a "particulate" effect due to the very tiny size of the particles that are 0.1 microns and smaller.

DU weapons are very effective kinetic energy penetrators, but even more effective bioweapons since uranium has a strong chemical affinity for phosphate structures concentrated in DNA.

DU is the Trojan Horse of nuclear war - it keeps giving and keeps killing. There is no way to clean it up, and no way to turn it off because it continues to decay into other radioactive isotopes in over 20 steps.

Terry Jemison at the U.S. Department of Veterans Affairs stated in August 2004 that over 518,000 Gulf-era veterans (14-year period) are now on medical disability, and that 7,039 were wounded on the battlefield in that same period. Over 500,000 U.S. veterans are homeless.

In some studies of soldiers who had normal babies before the war, 67 percent of the post-war babies are born with severe birth defects - missing brains, eyes, organs, legs and arms, and blood diseases.

In southern Iraq, scientists are reporting five times higher levels of gamma radiation in the air, which increases the radioactive body burden daily of inhabitants. In fact, Iraq, Yugoslavia and Afghanistan are uninhabitable.

Cancer starts with one alpha particle under the right conditions. One gram of DU is the size of a period in this sentence and releases 12,000 alpha particles per second.
Before my grandfather died, he told me that his generation had made a mess of this planet. I wonder what he would say to me now I would tell him to see "Beyond Treason" (www.beyondtreason.com), a new documentary about the history of treason by the U.S. government against our own troops: Atomic veterans, MK-Ultra, Agent Orange and DU. After Vietnam, Henry Kissinger said, "Military men are just dumb, stupid animals to be used as pawns in foreign policy. . ." (from Chapter 5 in the "Final Days" by Woodward and Bernstein).

Published on Tuesday, August 9, 2005 by the Battle Creek Enquirer (Michigan)

FOR A COLOSSAL CUNT