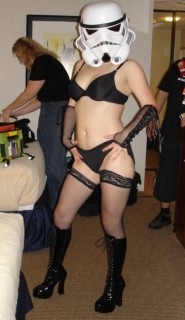 Details are now emerging of Russia's attempt to stymie the liberation of Iraq in 2003. With their big business interests in Iraq under threat the Russian President authorised secret military intelligence to be released to the Butcher of Baghdad Saddam Hussein on the eve of Operation Iraqi Freedom.

Is the Russian leader repeating the same mistake and now trying to sabotage efforts to stop Iran's drive to develop nuclear weapons?
President Bush is leading diplomatic efforts to stop the lunatic Mullahs of Tehran getting their hands on nuclear weapons. It is time for the civilized world to lay down the law to the renegade regime in Tehran: they will not be allowed to obtain nuclear technology.

President Bush is attempting to unify world opinion behind his voice of reason. And for the most part it seems to be working, with even the French agreeing that Iranian leader Madmanahmed must not be allowed to have his finger on the button of a nuclear missile. But behind the scenes it seems that Putin maybe trying to destabilise the efforts of the US. Once again Putin seems to be putting economic interests in front of moral imperatives. He was wrong to do so with Saddam and he is wrong again now with the Mad Mullahs of Tehran. No short term economic gain is worth the pain of Isalmofascists getting their hands on the bomb. For if they do how long will it be before they hand these weapons to their terrorist allies in the Middle East and Europe? Indeed Putin could be facing the nightmare of the Chechen terrorists using these weapons in his own country.

Putin must be dissuaded from trying to appease the Mad Mullahs, they will not respect him for it and will only see it as a sign of weakness. The world needs to be united against the diabolical threat from Tehran and stop their efforts to obtain nuclear weapons.

I want nothing to do with privilege.