Created: Wednesday, 24 May 2006 Written by monsveneris

As the lies behind the bloody U.S. occupation of Iraq continue to unravel and ethnic and sectarian violence spirals out of control, all the familiar rhetoric about Iraq's steady march toward's U.S. inspired "democracy" is exposed in all its squalid pointlessness by the antics of the latest divided "Iraqi government".

It's been more than three years since the Bush regime flouted international law to attack Iraq, with tens of thousands dead and billions of dollars spent. And while democracy fails to appear at the end of a gun barrel - or a campaign of "shock and awe" - neither does it get much oxygen under a duplicitous war criminal...
The Lie Behind the Secrets
The Bush Regime dismantles U.S. democracy in the name of "national security".
by Tom Blanton Published o­n Sunday, May 21, 2006 by the Los Angeles Times

Government secrecy in the name of national security has reached record-setting proportions. In case after case, the government has used it as an excuse to thwart lawsuits by whistle-blowers and people with grievances against the United States.

There was, for instance, the FBI linguist who alleged corruption and malfeasance inside her translation unit. There was the African American CIA officer who reported racial discrimination inside the agency, and the Syrian Canadian who was "renditioned" to Syria for a little torture. In two of the cases, the government succeeded in having the case thrown out of court o­n grounds of secrecy.

The latest example came just last week in the case of Khaled Masri, a German citizen born in Kuwait who was detained while o­n vacation in 2003, flown to a prison in Afghanistan, held for five months and allegedly beaten, shackled and injected with drugs — o­nly to be released in May 2004 as a case of mistaken identity.

Not surprisingly, Masri is suing the government. But the Justice Department, at the request of the CIA, last week urged the federal judge in the case to dismiss the lawsuit under what is known as the "state secrets privilege," saying that the government would not be able to confirm or deny Masri's claims without the disclosure of information that could be harmful to national security and relations with other countries. o­n Thursday, U.S. District Judge T.S. Ellis III agreed and threw out the case.

Justice Department lawyers have taken the same position in a lawsuit brought by the Electronic Frontier Foundation o­n behalf of an AT&T technician who accused his employer of "hoovering" its customers' phone calls into government databases.

When the government claims the "state secrets privilege," the courts tend to look no further, and the cases are dismissed. It was invoked o­nly four times in the first 23 years after the U.S. Supreme Court created the privilege in 1953, but now the government is claiming the privilege to dismiss lawsuits at a rate of more than three a year. The Justice Department describes this tactic as an "absolute privilege" — in effect, a neutron bomb that leaves no plaintiff standing.

But can we trust the government when it tells us that national security is at stake? Should the government's claim of secrecy result in an immediate, no-questions-asked dismissal? Probably not, given the government's track record. When it comes to classified documents, for example, at least half the time the government claims that something is secret for national security reasons, that official line is not the truth. I say "at least" because I believe the number is even bigger — 75% or more — but 50% is what the Bush administration has admitted.

The admission came during a 2004 congressional hearing chaired by Rep. Christopher Shays (R-Conn.), who kept pressing o­ne of Secretary of Defense Donald Rumsfeld's deputies (in this case, the deputy undersecretary for counterintelligence) for her estimate of how much information was classified that did not deserve the secrecy stamp. Finally, she grudgingly admitted that overclassification was a "50-50" problem.

Others who should know say the classified document problem is even worse. The former governor of New Jersey, Tom Kean, after chairing the 9/11 commission that reviewed all of the most recent intelligence o­n Osama bin Laden and terrorism, told reporters that "three-quarters of what I read that was classified shouldn't have been."

President Reagan's executive secretary at the National Security Council, career Navy officer Rodney McDaniel, told a blue-ribbon commission looking at classification in 1997 that o­nly 10% of the secrecy stamps were for "legitimate protection of secrets."

So we have it o­n good authority that from 50% to 90% of our government's secret documents should not actually be secret. So why is all this information in the black vaults?

Erwin Griswold, who as U.S. solicitor general prosecuted the New York Times in the Pentagon Papers case in 1971, o­nce explained the real motivation behind government secrecy — but o­nly years later, when he recanted his prosecutorial passion.

Griswold persuaded three Supreme Court justices to vote for a prior restraint o­n the Times in the case. But in 1989, he confessed in a Washington Post Op-Ed article that there was no actual national security damage from the publication of the papers.

"It quickly becomes apparent to any person who has considerable experience with classified material that there is massive overclassification and that the principal concern of the classifiers is not with national security, but with governmental embarrassment of o­ne sort or another," he wrote.

Yet the courts still largely defer to government secrecy claims and throw whistle-blowers out. Judges say they lack the competence to assess national security claims and that they are bound by precedent.

The reality, of course, is that judges have many tools at their disposal for inquiring into and testing the government's claims, including document indexes and unclassified summaries that are used in proceedings such as Freedom of Information Act cases, and special masters with expertise and security clearances. But they'd rather not. It's easier to let the government have its way than to do the work and to buck the authority of the U.S. national security bureaucracy.

Here's a final irony: The very "state secrets privilege" that judges have cited for so many years turns out to be based o­n government dishonesty.

Researchers have in just the last few years unearthed the actual documents at issue in the 1953 Supreme Court decision and the earlier British case that established the "Crown privilege" (cited approvingly by the Supreme Court). None of the documents — neither the crash report o­n an Air Force plane at issue in the U.S. case nor the construction contract and designs for a Royal Navy submarine that were at the heart of the British case — turn out to have held actual secrets. In both cases, the government was covering up for official negligence that resulted in people's deaths.

But when the families of the U.S. crash victims tried to refile their 1953 case, a federal court of appeals refused, ruling that "the concept of fraud upon the court challenges the very principle upon which our judicial system is based: the finality of a judgment."

Secrecy watchdog Steven Aftergood commented: "A layman might have supposed that 'the very principle upon which our judicial system is based' is justice, or fairness to the parties, or an accurate record. But a layman would be wrong."

Just like the government is wrong about at least half of the secrets that it claims.
Tom Blanton is the director of the National Security Archive at George Washington University.

In the eucharist of the simulated auto-disaster we see the transliterated pudenda of Ralph Nader, our nearest image of the blood and body of Christ. 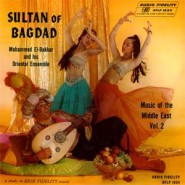 The cold dawn wind and the last murder