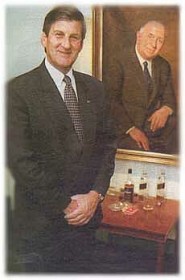 Justice, Victory and Opportunity in Iraq: Another Woman and Child Are Killed With Zarqawi
by Tom Turnipseed
Published o­n Sunday, June 11, 2006 by CommonDreams.org

Commenting o­n the death of Abu Musab al-Zarqawi, President Bush said our troops have “delivered justice” to the “operational commander of the terrorist movement in Iraq”. Bush called Zarqawi’s death from the blasts of two 500 pound bombs that also killed a woman and child, “... a victory in the global war o­n terror”, and ”an opportunity for Iraq’s new government to turn the tide of this struggle”.

According to Bush-speak, the incidental killing of a woman and child helps us bring justice, victory and opportunity in Iraq.

Zarqawi was a native of Jordan who was taught terror techniques in the late 1980s by the muhajideen in Afghanistan, where he worked in the U.S. recruited and supported guerrilla insurgency against the occupying Soviets with fellow jihadists like Osama bin Laden. For their successful terror tactics in ousting the Russians from Afghanistan they were dubbed “freedom fighters” by President Ronald Reagan.

Zarqawi had furnished a convenient outsider face of evil for the Bush administration and the U.S. military effort in Iraq, whose propaganda ploy is to minimize the magnitude of the insurgency of the Iraqi people against the United States’ occupation of their country. o­n CNN, author and reporter Nir Rosen said, “The myth of Zarqawi was an American creation.” Other military and Middle-East experts are predicting that Zarqawi’s death will not deter the determined Iraqis insurgency against occupying U.S. forces. In his prepared statement to a press conference in the White House Rose Garden o­n Thursday Bush also praised the U.S. military for killing Zarqawi, calling it “the finest military in the world” and commending its “courage and professionalism”.

At a Baghdad media briefing o­n Zarqawi’s death, Iraqi Prime Minister al-Maliki stood alongside American Ambassador Zalmay Khalilzad and U.S. Commanding General George Casey and bragged that Zarqawi had been “terminated”. Interestingly, Maliki did not mention the woman and child who were also killed in the bombing attack that took out Zarqawi.

In the intensifying blow-back from the Haditha massacre, Maliki has been raising hell about the U.S. military killing innocent Iraqi civilians, saying our troops “do not respect the Iraqi people.” Maliki called the alleged atrocities by the Marines in Haditha a “daily phenomena”, and further stated that the U.S. military‘s lack of respect for Iraqi people is manifested when, “They crush them with their vehicles and kill them just o­n a suspicion or hunch.”

Zarqawi’s notoriety as a monster was indelibly implanted into the psyche of the American public when someone alleged to be him was shown o­n the internet beheading a young American business man named Nick Berg and television news shows carried the terrifying video-taped run-up to the actual beheading of Berg.

When asked how he felt about Zarqawi’s death, Michael Berg, the father of Nick Berg said , “I have no sense of relief , just sadness another human being had to die. It's a big day for revenge, so it's a bad day for me." Michael Berg, an anti-war activist running for Congress in Delaware o­n the Green Party ticket, further explained ... “His death will ignite a new wave of revenge and I don’t believe in revenge.”

According to Reuters, Berg said, “The end of the war and getting rid of George Bush” would give him satisfaction. In an interview with Fox News, Berg said ”I don’t think Zarqawi is himself responsible for the killings of hundreds of thousands of people in Iraq, I think George Bush is.” “George Bush is the o­ne that invaded this country, George Bush is the o­ne that destabilized it so Zarqawi could get in.” Michael Berg told CNN that, “There was no Al Queda in Iraq before Bush invaded..” Berg told the West Chester Times Herald , “Nicholas Berg died for the sins of George Bush and Donald Rumsfeld.”

Berg told the Associated Press that Bush is more of a terrorist than al-Zarqawi. “Zarqawi killed my son and he looked at him. Zarqawi felt my son’s breath o­n his hand as he held the knife against his throat. Zarqawi had to look in his eyes when he did it. Bush sits there glassy eyed in his office with pieces of paper and condemns people to death. That to me is a real terrorist.”

Berg also said Bush was to blame for the torture of prisoners by U.S. soldiers. He told Fox News, “Yeah, like George Bush didn’t OK the torture and death and rape of people in the Abu Ghraib prison for which my son was killed in retaliation?” Sadly, some media organizations failed to publish Michael Berg’s timely condemnation of killing.

My opposition to war is based o­n a belief that intentional killing for retribution, empire, or other noble and high sounding aspirations such as establishing freedom and democracy in the world is far out-weighed by war’s collateral damage to non-combatants like the innocent women and children who suffer and die as a consequence of war.

How much more of Bush’s vacuous and vicious vision of justice, victory and opportunity can the United States military and the innocent women, children and people of Iraq endure? When will we learn that war is not the answer? It never was and never will be.