War against terrorism is lost

As Israeli war crimes in Lebanon begin to mirror those of U.S. occupation forces in Iraq, the world stands mutely by, stricken dumb with fear at appearing "anti-semitic" by voicing justified outrage. To feckless GWB, it's mere "shit". To Lebanese and Palestinian civilians, it's terrorism inflicted upon them by the Middle East's most powerful military force, rampaging, destroying and killling with impunity.

"Section 4 of the (U.S.) Arms Export Control Act requires that military items transferred to foreign governments by the United States be used solely for internal security and legitimate self-defense," says Stephen Zunes, professor of politics at the University of San Francisco.

Frida Berrigan, a senior research associate with the Arms Trade Resource Center at the World Policy Institute in New York, is equally outraged at the misuse by Israel of U.S.-supplied weapons.

"As Israel jets bombard locations in Gaza, Haifa and Beirut, killing civilians (including as many as seven Canadians vacationing in Aitaroun), it is worth remembering that U.S. law is clear about how U.S.-origin weapons and military systems ought to be used," Berrigan told IPS.

She pointed out that the U.S. Arms Export Control Act clear states that U.S. origin weapons should not be used for "non-defensive purposes."

"In light of this clear statement, the United States has an opportunity to stave off further bloodshed and suffering by demanding that its weaponry and military aid not be used in attacks against Lebanon and elsewhere, and challenging Israeli assertions that it is using military force defensively," she added.

That would demonstrate the kind of "utmost restraint" that world leaders called for at the G8 Summit of the world's most industrialized nations, which just ended in St. Petersburg, Russia.

The 25-member European Union has said that Israel's military retaliation against Lebanon is "grossly disproportionate" to the kidnapping of two Israeli soldiers last week by the Islamic militant group Hezbollah, which is a coalition partner of the U.S.-supported government in Beirut. Israel has accused both Syria and Iran of providing rockets and missiles to Hezbollah, which has used these weapons to hit mostly civilian targets inside Israel.

Armed mostly with state-of-the-art U.S.-supplied fighter planes and combat helicopters, the Israeli military is capable of matching a combination of all or most of the armies in most Middle Eastern countries, including Iran, Syria, Egypt, Jordan and Saudi Arabia.

The air force has continued to devastate Beirut and its suburbs with no resistance in the skies during six days of incessant bombings, causing civilian deaths and infrastructure destruction.

"The Israeli Air Force now flies o­nly U.S.-origin fighters, a mix of F-15s and F-16s, and the rest of the service's fleet is almost completely of U.S. origin," says Tom Baranauskas, a senior Middle East analyst at Forecast International, a leading provider of defense market intelligence services in the United States.

While in earlier years Israel bought from a variety of arms suppliers, with the French in particular being strong sellers to Israel of such items as Mirage fighters, over the past couple of decades the United States has developed into Israel's preponderant arms supplier, he added.

He said the latest CRS survey shows a total of 8.4 billion dollars of arms deliveries to Israel in the 1997-2004 period, with fully 7.1 billion dollars or 84.5 percent coming from a single source: the United States.

A major factor in this trend was the rise in U.S. Foreign Military Financing (FMF) -- outright U.S. grants to Israel -- which now totals about 2.3 billion dollars a year paid for by U.S. taxpayers.

Berrigan of the Arms Trade Resource Center said the United States is undoubtedly the primary supplier of Israeli firepower.

In the interest of strengthening Israel's security and maintaining the country's "qualitative military edge" over neighboring militaries, the U.S. Congress provides Israel with annual FMF grants that represent about 23 percent of its overall defense budget. Israel's 2006 military budget is estimated at 7.4 billion dollars. According to the Congressional Research Service, FMF levels are expected to increase incrementally by 60 million dollars a year to a level of 2.4 billion dollars by 2008 compared with 2.2 billion dollars in 2005.

"Israel has been the largest recipient of U.S. foreign aid every year since 1976," Berrigan said.

Additionally, the United States provides Israel with billions of dollars worth of weaponry.

She pointed out that recent military sales to Israel include propulsion systems for fast patrol boats worth more than 15 million dollars from MTU Detroit Diesel; an eight-million-dollar contract to Lockheed Martin for high-tech infrared "navigation and targeting" capabilities for Israeli jets; and a 145-million-dollar deal with Oshkosh Truck Corp to build more than 900 armour kits for Israeli Medium Tactical Vehicles.

Berrigan also said that Israel has o­ne of the world's largest fleets of F-16 fighter planes, made in Fort Worth, Texas and also in Israel by Lockheed Martin Corporation. 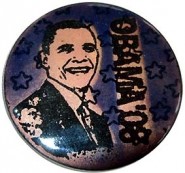 FREE Theory of Physics by Australian

THE IMPORTANCE OF BEING REGULAR