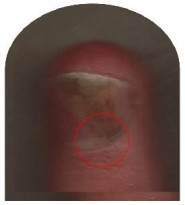 A recent Newsweek poll found that "67% of Americans believe that U.S. Liar-in-Chief President George W. Bush’s decisions are more influenced by personal beliefs than by the facts." And the fact is that he has given the relatively minor threat of “terrorism” a global status that MIA (and these days never mentioned) Osama Bin Laden must have been praying for. But Bush isn’t just in "denial" about his Iraq catastrofuck, not just obsessed and delusional. That’s the tip of a vast Freudian iceberg. Bush is utterly dissociated from reality. The psychological term is “insane”. And the waste in life, infrastructure and $ will be the millstone that damns both the Bush clan and the USA for generations to come.
Squandering Billions in Iraq While U.S. Suffers
by Eric Margolis
Published on Sunday, February 11, 2007 by the Toronto Sun (Canada)

“A billion here, a billion there, pretty soon you’re talking about real money,” famously quipped U.S. Senator Everett Dirksen back in the 1960s.

Our minds boggled last week at U.S. government estimates that President George W. Bush’s so-called “war on terror” (including Afghanistan and Iraq) will cost at least $690 billion US by next year. That’s more than the total cost of World War I, Korea, or Vietnam, and second only to World War II’s $2 trillion.

This means that by 2008, Bush’s wars in the Muslim world will have cost each American man, woman and child $2,300.

Defeat looms in Iraq; Afghanistan is headed that way. And now U.S. intelligence reports al-Qaida is stronger than ever. Osama Bin Laden, who said the only way to expel U.S. influence from the Muslim world was to bleed the U.S. financially, must be beaming.

As kings have found since the dawn of time, in war, money counts as much as armies. Wars always cost far more than originally projected.

A primary architect of the 2003 Iraq War, former deputy secretary of defence, Paul Wolfowitz, assured Americans it would only cost $40 billion. The cost of occupying Iraq would be paid, he claimed, by plundering its oil. Wolfowitz now heads the World Bank.

During the 14 months he ran Iraq, Bremer committed two enormous follies. He dissolved Iraq’s army and police, then fired all government employees who were members of Saddam’s Ba’athist Party. Iraq was left without security forces or functioning government. Chaos ensued.

For a few hundred million, the U.S. could have hired much of Saddam’s army, security forces and bureaucrats. Instead, the Cheney/Bush administration declared them outlaws and began using Shia militias and death squads to fight the Sunni resistance, triggering today’s ghastly Sunni-Shia civil war.

Chaos in U.S.-occupied Iraq, and the collapse of its banking system and Ba’ath Party-run social programs, forced Washington to rush 363 tons of $100 US bills to Baghdad. This money, which belonged to Iraq, came from the UN-run “Oil for Food” program.

Bremer’s people dished out $12 billion US by the truckload. Another $800 million US was stolen by U.S.-appointed officials of Iraq’s defense ministry.

But $12.8 missing billions is just the tip of the iceberg.

U.S corporations in bed with the Republican Party’s right wing, like Halliburton, and mercenary-supplier, Blackwater, made billions out of Iraq. Halliburton, whose former CEO was v-p Cheney, was awarded $16 billion US in sweetheart Iraq contracts.

This week, House Democrats opened hearings that finally began to expose the tsunami of corruption that accompanied the occupation and plundering of Iraq. Billions more of fraud and thievery concealed by the White House will likely be uncovered.

The whole sordid story of the 100,000 “private contractors” employed by the U.S. in Iraq has only begun to emerge. According to the U.S. Government Accountability Office, at least 48,000 of these — let’s use the correct term, mercenaries — are private gunmen working for hundreds of U.S. military corporations like Blackwater and Vinnell. These heavily-armed desperados are a law unto themselves and are under no supervision. Some mercenaries make $1,000 US daily in Iraq and Afghanistan.

Blackwater reputedly has the world’s biggest private military base with a reported 20,000 personnel and a fleet of aircraft. Such huge numbers of mercenaries are a potential menace.

They could also pose a serious internal danger to America, given the close links of some to extreme rightists in the U.S.

The White House wants to help pay for its foreign wars by slashing spending on health and seniors. While the Washington, D.C., police no longer dare patrol crime-infested southern parts of America’s capitol, “President” Cheney and “v-p” Bush are sending the 82nd Airborne Division to try to pacify Baghdad. If this isn’t the extreme theatre of the absurd, I don’t know what is.

I KNOW WHERE USAMA BIN LADEN IS!!!