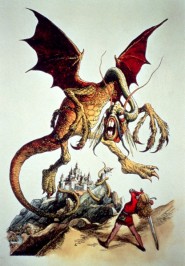 Talk about the promised land; that sexy bitch Tzippi is going to be PM!

She will have all the world's leaders eating out of her spaghetti bowl... Now i know the hebeys once had Golda Meir, and let's face it she was as ugly as a Rottweilers rear end.But now it seems as if the Jews have seen the light and are going to put our Tzippi in charge.

I for one dont give a fuck if she bombs hamas, shoots hezbollah, or shits on Iran. Just let her strut the world stage with that weary "I will fuck anything that moves" look and we'll all be happy. And that includes Osama, Madmanahmed, and Nasarallah. Maybe she'll start the fuck-for-peace movement. Who knows? Anything is possible with a girl like Tzippi.

So raise a glass for the tart from Tel Aviv, because once she is head Hebey it won't be the last thing you'll be raising.

The characters in 'The Cold Six Thousand' have great depth, tragedy and grandeur but I am an American Protestant artist and I judge these characters sternly. They are morally judged at every step of the narrative.

IRAQ - WHY THE WORLD IS SAFER NOW