In an extroadinary stroke of luck early this morning, Xenox News was able to obtain an excluve interview with Osama bin Laden!

In the interview, held at Greasy Joes eatery, it was disclosed that Osama had indeed been trained by the CIA and was regarded as an extremely useful operative by many presidents, including the Daddy Bush administration. It was explained to Xenox News how, as a rookie operative, Osama was trained in the planting of biological weapons to rid the world of "Nigra's", "Perverts" and "Junkies". Apparently this work was tested on African monkeys.

The manual explained that the virus introduced to the monkeys caused them to sit in ambush and drop on enemy troops, with the weight of the dead monkey breaking the enemy's neck.

This, it was explained, was the same principle as the famous Australian "Drop Bear" which falls out of the gum tree stoned on leaves.

It was furtively disclosed that although he was ahead of his classmates by a factor of 4 on the monkey innoculation count Osama had not done particularly well. It seemed during that project no-one had explained to him that the monkeys had to be returned to the tree alive and thus shooting them to get them out of the tree wasn't counted.

His next assignment was to go to the desert to dig holes with the "Super Tonka Set" and train up some mates in some of the really cool stuff he had learnt.

"It was a great time" he lamented. "During the day we practiced terrorist shit on the Russians, car bombs, booby traps and stuff. The Russians blamed it all on the locals."

"At night we would get pissed and go out in the jeep with an ak47 and spotlight a few locals. The Afghanis blamed that on the Russians too."

Osama expressed regret at the passing of those days for when the Russians pulled out it was much harder to train new troops by starting fights between the tribes.

Our hottest new recruit, Xenox News operative Scuzzi, had to call the meeting short before dawn, (another funding problem; sorry Scuzz) but has agreed to meet again with Osama down the Espy next Friday night for another all nighter. Scuzzi assures us he will be there! Stay tuned.

(Lets hope Osama shows up after being duped with the tab at GJ's! Well done Scuzzi, you are picking things up real quick) 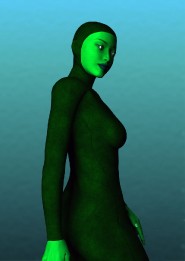 Of Power, and what to do about it.

Dear Ricky...When Should I Take The Law Into My Own Hands?

Pauline Hanson, I love you...