The furor about the proposed mosque adjacent to the former World Trade Center site in New York City continues to grow. Besides being a slap in the face for the victim families of the 9/11 Islamofascist atrocity; questions are now being asked about the insensitivity and motives of some of the statements coming from senior politicians. In particular, why did President Obama who came out in support of this islamist project?

Many wise commentators’ suspicions and doubts have been raised about Obama views and actions in the War on Terror. Does he have the backbone for the fight against Islamofascism and Muslim extremism? So far it appears not. He has only offered appeasement to the Mad Mullahs of Tehran and seems happy to let their quest for nuclear weapons go on unabated. He has denigrated and insulted our staunch ally in the War on Terror Israel; and by doing so offers aid and comfort to those terrorist organizations Hamas and Hezbollah. He has given orders for the US Army to retreat from Iraq, just as the democracy former President Bush and PMs Howard and Blair gave to the people of Iraq is about to bloom. Why is he backing down in the face of the Terrorists? Is he, in actual fact, a coward?

Or perhaps it is something more sinister; a general weakness of his character and resolve? 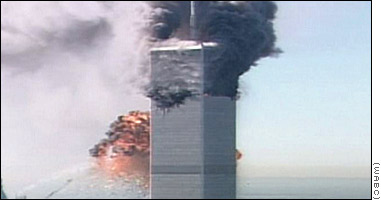 Obama has a long history as a compliant and loyal follower of leftist radicals and extremists. People like Chomsky, Pilger, and Max Gross; who are only too happy to sacrifice our freedoms and way of life in their pursuit of some ‘progressive’ utopia of socialism. And it is these same people who have in reality made a common cause with madmen like Osama Bin Laden and the Taliban; joined together by a visceral hatred of America and free enterprise. Obama, while obviously not one of them, seems to be following them down the same track. How on earth does he think it is appropriate that at the scene of one of terrorism’s greatest atrocities, a potent symbol of the perpetrators should be allowed to be displayed? Thumbing its nose at all decent and freedom loving people? 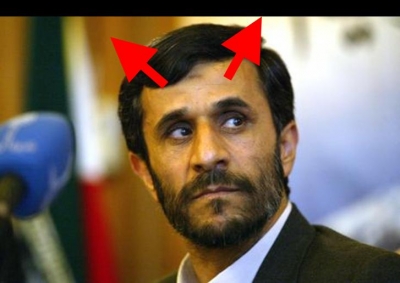 The replacement of the trio of freedom loving leaders President Bush, PM Howard, and PM Blair, with weak politicians like Obama and Australian PM Gillard has left the fight on terror adrift; and made us all vulnerable to another attack like 9/11. The time has come for Obama to stand up.

Do not bow to the Muslim extremists demands for their Mosque at Ground Zero.

Do not allow the Mad Mullahs of Tehran to get nuclear weapons.

Do not abandon the women of Afghanistan to the barbarity of the Islamofascist Taliban.

Obama, take a lesson from President Bush and stand up to these madmen.

For all of our sake.

Chekhov said you put a gun in act one, it goes off in the end. Well I am the gun, and I've been going off since I was born' 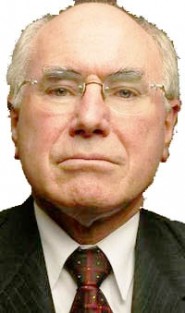