This resume appears to be posted all over the internet

I thought I would post it here so it could get some Xenox News treatment from the wild and wacked writers that post here.

Psychic health depends upon orgastic potency, i.e., upon the degree to which one can surrender to and experience the climax of excitation in the natural sexual act. It is founded upon the healthy character attitude of the individual's capacity for love. 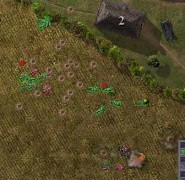 HAS THERE EVER BEEN MORE BULLSHIT THAN...