Home  World  North America  A moron, an idiot or a nefarious bastard? 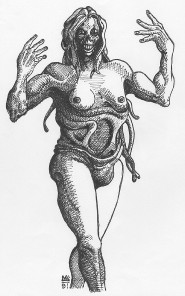 The Bush administration has established the U.S.A. as a paragon of vicious hypocrisy as it preaches (literally) the rule of law and denounces human rights violations among others while systematically breaching them itself. History will wonder how Americans could have allowed such a thing to happen, just as it did in reviewing the rise of Nazi Germany.

In a sane, civilised and democratic U.S.A, how could Dick Cheney, for example, seriously propose that the CIA be exempted from a ban on "cruel, inhuman and degrading" treatment of detainees, so much so that the Washington Post has dubbed him the "vice-president for torture"?

And to what end has America come to when Lawrence Wilkerson, who served as chief of staff to secretary of state Colin Powell from 2002 to 2005, postulates that Cheney must have sincerely believed Iraq could be a spawning ground for terrorism because "otherwise I have to declare him a moron, an idiot or a nefarious bastard".

There is something reassuring about the battering that Vice President Dick Cheney has taken in recent weeks. Finally, it appears, the Washington intelligentsia is waking up to the reality that has been obvious for years to thinking Americans: The most powerful vice president in American history is a deeply dishonest and an even more deeply dangerous man.

Cheney has been taking hits from all sides ever since his chief of staff, I. Lewis "Scooter" Libby, was indicted for lying to FBI agents and a federal grand jury. Lewis has been linked to a scheme to destroy the reputation of former Ambassador Joe Wilson, the man who exposed the lies o­n which the Bush-Cheney administration based its "case" for invading Iraq.

The indictment of Libby mentioned Cheney's name repeatedly and in the most compromising of circumstances: as o­ne of the first people to mention to Libby that Wilson's wife was a CIA operative and as a participant with Libby in sessions where schemes were hatched to "respond" to Wilson.

Even before the smoke had cleared from the Libby indictment, Col. Lawrence Wilkerson, who had served as chief of staff to former Secretary of State Colin Powell, charged that Cheney and his allies had hijacked U.S. foreign policy - often without the knowledge or consent of President Bush. Recalling his service during the Bush administration's first term, Wilkerson charged: "What I saw was a cabal between the vice president of the United States, Richard Cheney, and the secretary of defense, Donald Rumsfeld, o­n critical issues that made decisions that the bureaucracy did not know were being made."

Using an approach that Wilkerson described as "not unlike the decision-making o­ne would associate more with a dictatorship than a democracy," the colonel argued that Cheney's cabal had "produced a series of disastrous decisions" - policymaking - with disastrous consequences for America. Then, as if to confirm Wilkerson's observation, Cheney was exposed as the federal government's primary proponent of the use of torture.

In an attempt to counter a congressional move led by U.S. Sen. John McCain, R-Ariz., to ban cruel, inhuman or degrading treatment of prisoners in U.S. custody, Cheney pressed lawmakers to exempt the CIA from the new standard. Amid revelations that Cheney's office had long been the administration's chief advocate for the use of torture, former CIA Director Stansfield Turner has labeled Cheney America's "vice president for torture." Declaring that "I just don't understand how a man in that position can take such a stance," Turner labeled Cheney "reprehensible."

The vice president lived up to the description after U.S. Rep. John Murtha, D-Pa., a decorated Marine veteran of the Vietnam War, called for the withdrawal of U.S. troops from Iraq. Cheney immediately suggested that the old soldier had lost his "backbone." But Murtha wasn't giving Cheney any ground.

Recalling the vice president's determined efforts to avoid serving in Vietnam, the congressman said, "I like guys who've never been there that criticize us who've been there. I like that. I like guys who got five deferments and (have) never been there and send people to war, and then don't like to hear suggestions about what needs to be done."

Cheney lost that round, as he has most rounds in recent months.

If this keeps up, President Bush might yet come to recognize what most Americans already well understand: Dick Cheney is too crooked, too cruel and too crazy to be allowed to continue warping this country's policies. And if Bush doesn't recognize the need to get rid of Cheney, Congress should. 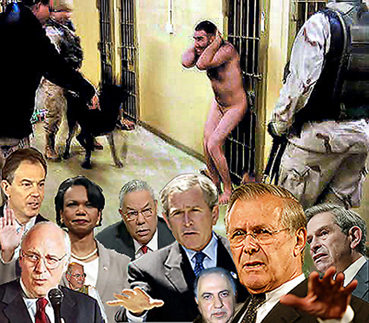 This site contains copyrighted material the use of which has not always been specifically authorized by the copyright owner. We are making such material available in our efforts to advance understanding of environmental, political, human rights, economic, democracy, scientific, and social justice issues, etc. We believe this constitutes a 'fair use' of any such copyrighted material as provided for in section 107 of the US Copyright Law. In accordance with Title 17 U.S.C. Section 107, the material o­n this site is distributed without profit to those who have expressed a prior interest in receiving the included information for research and educational purposes. For more information go to: http://www.law.cornell.edu/uscode/17/107.shtml. If you wish to use copyrighted material from this site for purposes of your own that go beyond 'fair use', you must obtain permission from the copyright owner.

You have tried to prevent us from leading a dignified life, but you will not be able to prevent us from a dignified death. Failing to carry out jihad, which is called for in our religion, is a sin. The best death to us is under the shadows of swords. Don't let your strength and modern arms fool you. They win a few battles but lose the war. Patience and steadfastness are much better. We were patient in fighting the Soviet Union with simple weapons for 10 years, and we bled their economy and now they are nothing. In that there is a lesson for you.

To tell the truth… I wanna vote for Trump

WOULD THE LAST SUPERPOWER LEAVING PLEASE TURN OUT THE LIGHTS