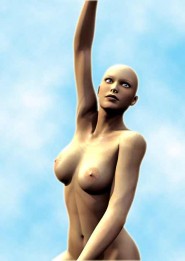 Bush supporter and Republican supporter William F. Buckley Jr. has admitted defeat for the USA in Iraq. As a fellow Bonesman, along with Bush, this represents a significant change in course. The elites are bailing out of the Iqaq quagmire while they still can.

True Believers of the Bush Administration, its drunken trigger happy VP, and already failed Neverending War (the nightmare formerly known as The War o­n Terror) are now supporting a sinking ship, and are being abandoned. The rats are already leaving and heading for higher ground.

Here's more o­n the William F. Buckley defection from the ranks of the Bush True Believers (TM). He has company as he abandons the sinking ship.

Along with Buckley Jr., leading neo-con architect and philosopher Francis Fukuyama has also joined the ranks of those abandoning the BTB, and distancing themselves from the failed Bush Doctrine and disasterous Iraq Invasion.

A cucumber never complains and stays hard as long as you need it to.