Home  World  World News  Is the Pope a Catholic?

Is the Pope a Catholic?

Critical observers have for some time wondered where the Pope's true allegiance lies and the true purpose of christianity. Is the selection of head gear a give away? Jesus was a Jew right? The Jews are the chosen people. Chosen by God. Jesus let all that love stuff go to his head and he tried to let everyone in the temple. Even women! So the boss Jews arranged to have him put out the way and they created a new religion with o­ne aim. To convert gentiles to Judaism! If you got to be Pope of that religion you are accepted into the Jewish faith and gave you a probationary hat to wear. That's why the Pope wears a white yamulkah! Those of us with the intelligence to realise realise this can just cut to the chase and start memorising the Torah. This is my vision and now it has been given to me because now is the right time to reveal it. Convert now while there is still time! o­nce the Messiah get's here it'll be too late. Howard and Rudd are soon to be insignificant. Save your souls!

John 14:6 says, "I am the way and the truth and the life. No o­ne comes to the Father except through me." John was the initiator. The Psychopomp. And a Jew!

To be in love is to see yourself as someone else sees you, it is to be in love with the falsified and exalted image of yourself. 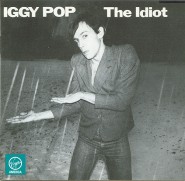 Animals get their own back