Bush will cut off hundreds of millions of dollars in foreign aid to nations supporting the ICC but have not signed a so-called "bilateral immunity agreement" with the Bush regime. Once again, America threatens the global community.

The Republican bill passed Congress as part of a $US388 billion ($513.43 billion) legislative package covering spending of every federal agency except the Pentagon and so-called Department of Homeland Security.

It was approved by a weak, compliant Congress and signed by the smirking President Bush himself.

In part, the bill reads: "None of the funds made available in this act ... may be used to provide assistance to the government of a country that is a party to the International Criminal Court and has not entered into an agreement with the United States."

Jordan, which helped train Iraqi police and hosted conferences on the reconstruction of Iraq, will lose some $US250 million ($330.82 million) in aid.

Peru is expected to lose $US8 million ($10.59 million) for democratic reforms and agricultural programs, drug-trafficking, and terrorism.

"This is a serious escalation by the Bush administration and US Congress in its ill-conceived, ideologically motivated crusade against the ICC," Richard Dicker, head of the International Justice Program at Human Rights Watch said in an interview.

He called it ironic that the bill's passage coincided with new reports of torture by US forces of prisoners in Iraq and at the Guantanamo prison complex.

The International Criminal Court is the end result of a campaign for a permanent war crimes tribunal that began with the Nuremberg trials after World War II.

It can prosecute cases of genocide, war crimes and crimes against humanity committed after July 1, 2002, but will step in only when countries are unwilling or unable to dispense justice themselves.

The US government vehemently opposes the court, arguing that it could be used for frivolous or politically motivated prosecutions of American troops.

But supporters of 1998 Rome Treaty, ratified by 97 countries including the entire European Union, counter that it contains enough safeguards to prevent politically motivated prosecutions.

The court is expected to try its first cases of crimes in Congo and Uganda next year.

The society of nations must unite to oppose this latest threat to international justice and global stability.

Religion is the venereal disease of mankind 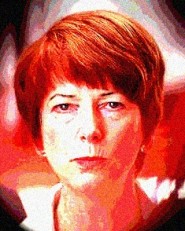 The state of the 'News

SARS: What you need to know