Originally called "Rudd-watch" and started by Digger in 2007 to keep an eye on the then newly elected Aussie PM. But now we just call it "Pollie-watch" - the place you can find all the dirt on your elected leaders.

Terror Alarmism Down Under

AUSSIE PM ABBOTT HAS A WARGASM

"In our time, political speech and writing are largely the defence of the indefensible" - George Orwell, Politics and the English Language, 1946

"The life of the Iraqi citizen is going to dramatically improve" - George W. Bush, 2003

"Neither Jewish morality nor Jewish tradition can negate the use of terror as a means of battle" - Stern Gang, 1943

Here in Australia, when an "economic crisis" and "budget emergency" won't fool the punters and pundits and  there's always that good old reliable standby: wargasm.

Read more: Terror Alarmism Down Under 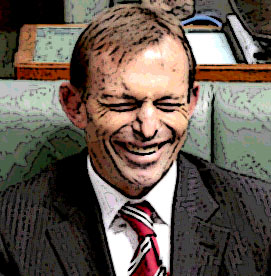 There's a wise old Turkish proverb: one disaster is worth a thousand words of advice.

When the man who would become Australia's worst prime minister ever and head the worst Australian government ever, vowed his self-righteous reign would hold "no surprises", those of us who have watched his rise through the ranks of the rank Fiberal Party we knew all too well what to expect.

Abbott's mentor, former Fiberal PM "Honest" John Howard's mean and tricky assault on the marginalised, the weak and the poor of this country was akin to a creeping barrage, calculated, devious and devastating.

Tony Abbott escalated the Howard era assault to full-scale class warfare, a massive blitzkrieg on all fronts, in the apparent belief that this is the final putsch, his one and only chance to do his bit to entrench the power and influence of his class of privileged leeches, spivs and bigots and to prove himself to his born-to-rort peers.

Canberra- A city Befuddled and Bewildered

Look out! The trolls from far off Fuckwit Mountain have arrived in Canberra! 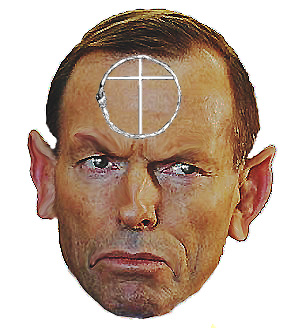 Most of the time, the nation’s capital has seemed a pleasant little hidey hole. Away from the rigors of the real world; it is a cute little place surrounded by wooded fields and glaciers. In fact it has long been called a fairyes paradise. Which is probably why they legalized gay marriage.

Like a nightmare come to life - Minister for Education Christopher Pyne

But as they say, the times are a changing. And the election of the new conservative coalition government has heralded changing times for this town. In fact it appears the bad goblins have arrived. With Head Orc PM Tony Abbott in charge, the axe is being swung and the tiny folk of this tiny burg are scurrying in all directions. 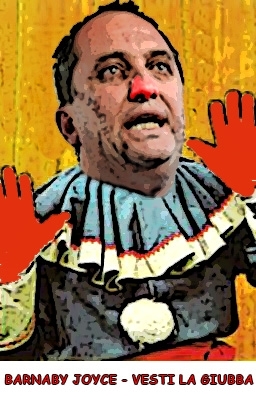 Indeed it is becoming a nightmare for the denizens of Canberra; with house prices plummeting, jobs getting pruned and plans for schools to be closed. Rumours of government sell offs are rife and even the ultimate is being whispered; that the whole town will be sold off to the IPA who will use it as a village for ‘libertarian’ experimentation. 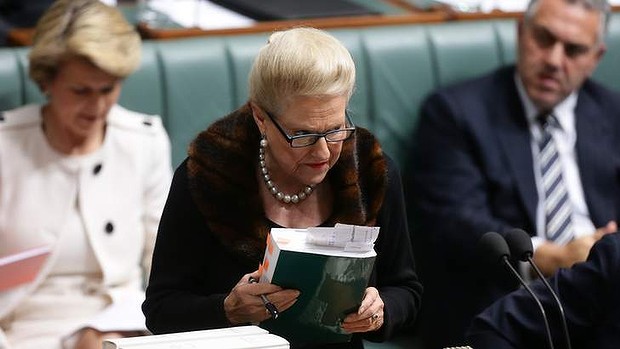 What's a fairytale without a wicked witch?The Speaker of the House Bronwyn Bishop.

The rest of Australia is watching in stunned silence. They are waiting with bated breath to see what the next move by the Abbott government will be, in what is fast becoming a fucked up fractured fairytale for us all.

FRANK BLUES SIZES UP THE CANDIDATES....

I don't like Rudd much; seems to be dangling the usual Blairite bull shit middle way crap. But for fucks sake, that cunt Abbott is a fair dinkum dickhead. Be like having Bob Santamaria Prime Minister...

The two cunts together

Wow. The Liberal Party seems to be crammed with intellectual giants these days. Hockey, Abetz, Barnaby 'fuckwit 'Joyce, Diaz... Makes you yearn for the old days when they had wallflowers like Peacock running the show.

Ahh Julia. Whatever happened to you? One thing is for sure, if you were in charge of the campaign the ALP would have no hope! 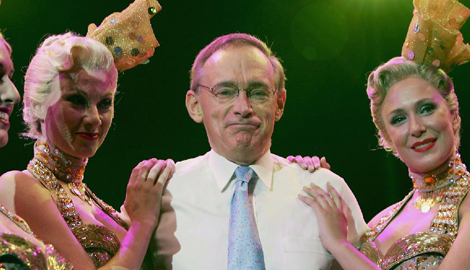 Do we need another Yankee bum sniffer like Carr in Government...

And my vote? Going to that Wikileaks guy. Cause the pricks who are the bosses in this world need to get their arses torched instead of being molly coddled by the likes of Rudd and Abbott.

... or someone who has stood up to the wankers in Wall St and Washington?

Former political high flyer and degenerate masturbator Herr Fucknuckle has not ruled out a return to Aussie politics now that the date for the next election has been announced. 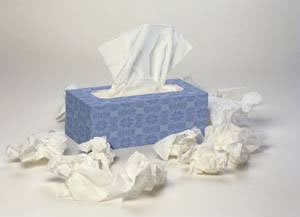 Herr Fucknuckle was a leading proponent of the "Get the GST of Tissues" party in previous elections.

Fucknuckle, who briefly ruled Australia as PM after the last election, has maintained high poll ratings with the Aussie public  and often been suggested as returning back to politics. However when XenoxNews.com confronted Herr Fuckedyouruncle about his intentions for this year’s election he run for his door and slammed it shut on us. Later we contacted his secretary to see if it was possible to get an interview with the reclusive misanthrope but she claimed he was busy with “internet research” and could not be bothered. 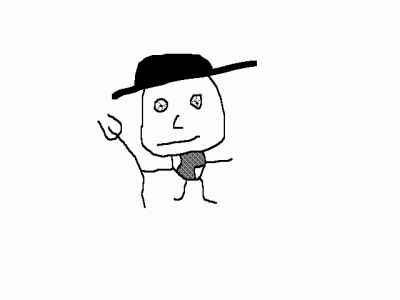 No photos of Fucknuckle have been made public - here is an artists rendering of him.

Other political figures have been more forthcoming about him however; with leading Liberal party figure Malcolm Turnbull saying Herr Fuckednuckles would be a welcome figure in the “broad church that is the Australian Liberal Party”. But Senator Conroy, leading Internet wowser, distanced the Labor party from him saying that he didn’t want perverts of Fuckheads type in the ALP.

We will continue to harass Herr Fucknuckle until we can get a comment from him.

Monday, 20 February 2012 By Repoman
Even if he does look like a South Park character I'll fucken vote for him.

Fucken good on ya Kev. Fuck those cunts mate, they're are all cunts out there. Splitters. 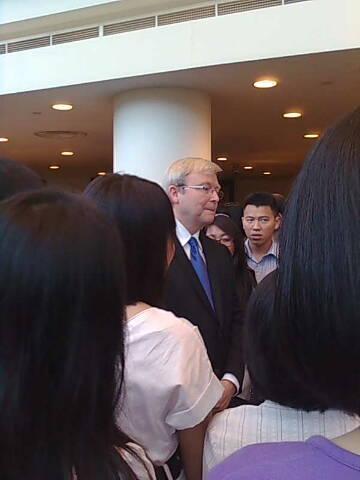 I'd sell my goddamn soul for a glass of beer.

Jack makes a Faustian bargain with the Hotel. 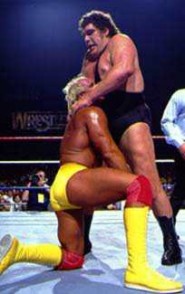