Freedom is a value so undefinable it is only those that have it that know its value fully.
And to deliver freedom to the freedomless is a great task, a godly task.
This is how we will win the War on Terror; by bringing freedom to those who don’t have it. And that is why Aussie PM Howard wants to stay the course in Iraq. Will America now back out and elect flip-flopper Kerry?

Iraq has been liberated but unfortunately the war won't end there. The same regimes that supported terror before Iraqi Freedom are still there; Iran, Syria, North Korea. They need to be changed so that the rest of us can live in freedom from terror.
Like that outpost of democracy Israel, us in the west are under fire from these regimes and their mercenaries because they hate our way of life.

Well lets change their way of life so we don’t need to live in fear no more.

But if President Bush loses the election what will it tell those evil regimes and their supporters? That like the Vietnam War, the west is weak and can be scared away. It is rather ironic that a Vietnam coward like Kerry can now claim to be tougher on terror than Bush. What a joke! This flip-flopper will fold quicker than a pack of cards when it comes to standing up to these terroristic thugs.
The good people of Australia understood this and voted against the terrorist-fearing Latham, one can only hope that the citizens of the worlds most freedom loving country will do the same and vote for the scourge of terrorism George W Bush.

It is always consoling to think of suicide: in that way one gets through many a bad night. 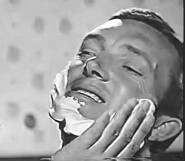