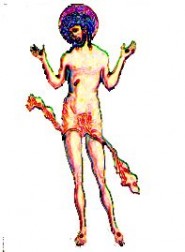 The Howardland dystopia gathers momentum
while Oz dullards grieve the loss of one
of their own retarded meatheads.

The wailing and pointless gnashing of teeth,
orchestrated by the Murdoch Daily Telecrap
and fuckwitted Oz TV, has not slowed down
the Hogturd juggernaut one whit.

While Ostrichlian bald apes howl and screech
at the special signals sent to their tiny minds
by the media airhead geese, Hogturd is arranging
the sell-off of what little is left of the once
was a nation.

The best mates will get the best bits and guess
who gets the dags of shit that nobody wants?
Thats right little dullards, you, and you, and
the rest of you vicious little monkeys will have
to make do with the dried turds that the "Man of
Steel" and his mates leave you.

But that is not all!

The globalist elite have told Hogturd that they
want "these people", meaning those who toil for
a living, to be put on regional wages and conditions.
That means the Chinese peasant shitkicker's level
of sustenance is to be imposed on Oz dullards,
along with Stalinist concepts of democracy.

No worse fate can befall a young man or woman than becoming prematurely entrenched in prudence and negation.