East Timorese Presidential hopeful Jose Ramos Horta complained today that:
"I was winning on Wednesday night but now I'm losing, something must have gone wrong!" He then called for more Aussie election observers to be present at the run off election so that:
"The right result will happen."

Meanwhile the second last Communist inspired political party in the world the Fretilin party (the other being the Chinese Communist Party) said it had no problems with the result because they were winning.

I have prepared so well that I cannot fail. 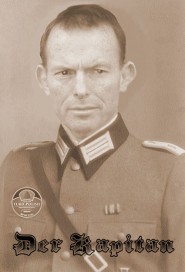 All the promised goodies