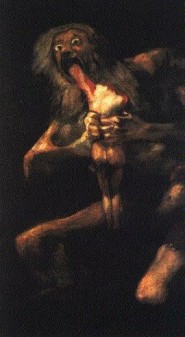 The staging of the 2006 World Cup has been a triumph of Germany ingenuity, organization, and strength. The World has seen the re-unified Germany as a confident and proud nation. Unafraid to fly its flag or cheer for its team, the German people have stood up and told the world that they are no longer going to hide their feelings for the Fatherland. The German people have responded eagerly to the challenge of holding the greatest sporting event in the world. They have embraced the friendly games by tolerating lesser nations such as Sweden, Serbia, and Poland into their homes. They have allowed even the riff-raff of England onto their sacred soil. Surely the German people can expect a rich “peace dividend” after these games.

For too long the German people have been made to suffer for their “mistakes” of the past. They have tolerated all sorts of people to live in their country, and their hard work has bankrolled most of Europe’s lifestyle of peace and plenty. The time has come for Germans everywhere to be rewarded for their hard work. And there is one place that surely must be rewarded.

Can you imagine the torture of the Germans in Konigsberg? Having had the evil communists of Stalin steal their homes, having their country raped and pillaged for over 60 years. Surely the time has come to return to the Fatherland. To have to live in such close proximity to Poles for such a long time is surely beyond the pale.

It is only fitting in this time of celebrating all that is great and German that Germans should be allowed to live on their home soil.

Let’s give Prussia back to Germany and then Germans can feel whole once again.

EVEN THOUGH I'M STONED LET ME MAKE THIS POINT...