Friday, 06 July 2007 By monsveneris
With the number of US-paid mercenaries in Iraq now exceeding that of American combat troops, raising fresh questions about the privatisation of Iraq occupation, the Liar-in-Chief once again flaunts his contempt for the US Constituion, Congress and Democracy as a whole. His glib use of signing statements show his disregard for Congress’ power to make law. His insistence that detainees at Guantanamo Bay be denied Habeas Corpus rights mocks legal tradition. His get-out-of-jail-free card for convicted purjuror Lewis Libby merely adds to a very long list of brazen abuses of office. Meanwhile, Bush's lame-duck Deputy Downunder is exposed once again as an inveterate liar.
Oil a Key Factor in Australian Role in Iraq: Minister
by Neil Sands
Published on Thursday, July 5, 2007 by Agence France Presse

Nelson’s startling comments caused an immediate stir in Australia, one of the United States’ few major allies in the increasingly unpopular war, but Howard quickly backed away from the explosive contention.

A new defense review had concluded that maintaining “resource security” in the Middle East was a priority, Nelson said in an interview with the Australian Broadcasting Corporation.

“Energy security is extremely important to all nations throughout the world, and of course, in protecting and securing Australia’s interests,” he said.

“Obviously the Middle East itself, not only Iraq, but the entire region is an important supplier of energy, oil in particular, to the rest of the world.

“Australians and all of us need to think what would happen if there were a premature withdrawal from Iraq,” Nelson said.

Australia joined the US-led invasion of Iraq in 2003, which was said to be aimed at eliminating Saddam Hussein’s weapons of mass destruction, which were never found.

Nelson also said Australia’s main reasons for remaining in Iraq were to prevent violence driven by Al-Qaeda between the Sunni and Shia populations and to help key ally the United States combat terrorism and stabilise the region.

But he contended that safeguarding oil supplies was an important part of bringing stability.

“For all of those reasons, one of which is energy security, it’s extremely important that Australia take the view that it’s in our interests, our security interests, to make sure that we leave the Middle East, and leave Iraq in particular, in a position of sustainable security,” he said.

But Howard swung into damage limitation mode later in the day, strongly denying that either Nelson or he himself had said securing oil supply was a key factor behind his country’s contentious involvement in the war in Iraq.

Treasurer Peter Costello also joined in the denial that Australian troops were primarily in Iraq to secure oil supplies.

“We’re fighting for something much more important here than oil, this is about democracy and freedom in the Middle East,” he told reporters.

Howard had earlier told a conference in Canberra that energy demand was a key reason for helping to develop a stable Middle East.

He told the conference Australia’s presence in the Middle East was central to his government’s defense strategy, arguing the country could not afford to wait for threats to reach its shores before taking action.

“Many of the key strategic trends I have mentioned — including terrorism and extremism, challenging demographics, WMD (weapons of mass destruction) aspirations, energy demand and great-power competition — converge in the Middle East,” he said.

“Our major ally and our most important economic partners have crucial interests there.”

The center-left opposition Labor Party, which wants to withdraw Australia’s troops from Iraq, accused the government of making contradictory statements on its reasons for being in Iraq.

“This government simply makes it up as it goes along on Iraq,” Labor leader Kevin Rudd told reporters.

Howard also ended speculation sparked by a newspaper report that he could announce an Iraq troop withdrawal ahead of national elections due this year.

“Despite the dreadful continuing violence and our frustration at the rate of political progress, the government remains committed to staying in Iraq with our coalition partners until the Iraqi security forces no longer require our support,” he said.

“The consequences of western failure and defeat in Iraq are too serious to allow our policy to be dictated by weariness, frustration or political convenience.”

We are always acting on what has just finished happening. It happened at least 1/30th of a second ago. We think we're in the present but we aren't. The present we know is only a movie of the past. 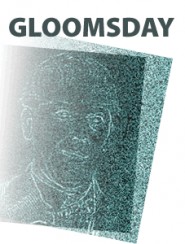