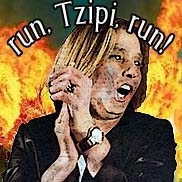 Can you name a recently created nation that can demand that another nation that was once a global superpower change its criminal laws? And can you name such a former superpower that would cravenly submit to such an outrageous demand from such an upstart state?

Welcome to the Bizarro World of the 21st Century where certain, cold-blooded war criminals swan around with impunity, spouting their brazen lies, intimidating their critics and shrugging off their innocent victims.

Somebody is not telling the truth about the circumstances behind moves to arrest Tzipi Livni, the Israeli opposition leader, in the UK.

Its one of those stories that comes out of nowhere and few actually know what happened.

It began when Al Jazeera reported that a British court had issued an arrest warrant for former Israeli foreign minister and Gaza war architect Tzipi Livni.

For hours, Israeli and British officials denied the report. Then British and Israeli media got wind of the story and began to report it. By the end of Monday, it was irrefutable.

Livni had cancelled a speaking engagement at the Jewish National Fund in the UK, but why and when were still unanswered questions?

After a British court issued - then withdrew - the arrest warrant for Tzipi Livni, the Israeli government, after first denying the reports - suddenly shifted gears, going into damage control and launching a scathing criticism of the British government.
That's what we know. Here's where it gets murky...

Livni's people say she cancelled the event weeks ago because of scheduling conflicts. Israeli media say Livni cancelled on Sunday in a last minute move.

Somebody is not telling the truth.

Livni wanted to meet British PM Gordon Brown. He declined. The rationale behind Livni's desire to meet Brown, speculate some, was that if her trip was in an official capacity, she would have been granted diplomatic immunity.

When Brown declined to meet with the Kadima opposition chairwoman, the trip was reduced to a private one - leaving her susceptible to an arrest.

A similar arrest warrant against Ehud Barak, the Israeli defence minister, was deferred indefinitely because he had diplomatic immunity as a visiting official when he came to the UK in September.

Unfortunately, Livni did not enjoy that same immunity. It seems Barak was, after all, clever for joining PM Netanyahu's right-wing government - a move Livni and Kadima refused to do. At least Barak will now get to travel to the UK for a little bit longer hassle free!

What's surprising is that instead of standing up and defending its own legal system the British government is distancing itself from the issue and allowing Israel to clearly interfere in influencing its domestic affairs and governing system.

In a statement, the UK says it is determined to be "a strategic partner of Israel ... and that it is looking urgently at the implications of this case". 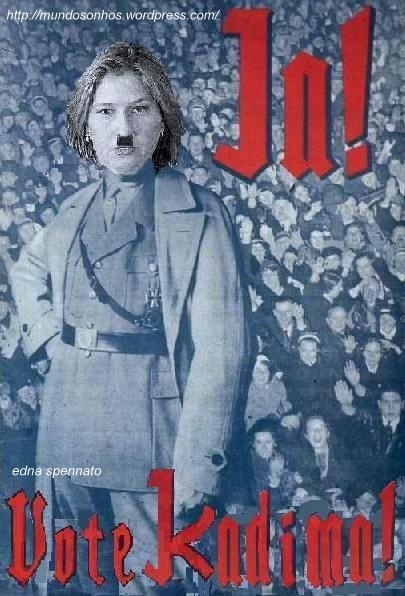 I would have expected the British government to say these are the laws of our land and we stand by them, but its not the first time the government seems to have caved to public pressure from Israel.

Back in 2005, then British foreign secretary Jack Straw apologised to his Israeli counterpart for a stand-off at Heathrow airport when an Israeli official wanted for alleged war crimes refused to get off a plane fearing he would have been arrested.

British security officials refused to arrest him on the plane fearing a confrontation with Israeli security agents would have led to a shoot out.

Let me see if I get this straight, the British foreign minister apologised that his government didn't actually enforce a standing order from its own judicial system?

But there could be a more interesting irony in all of this.

Israeli media have been carrying reactions from various politicians. One official put it this way: "British officials could find themselves in a similar situation due to airstrikes by British crews on population centres in Serbia, Iraq and Afghanistan"

Interesting? I wonder if the UK is more concerned with appeasing Israel or afraid of its own laundry being aired publicly if its officials start facing arrest warrants abroad.

If you can dream it, you can do it.

OUT NOW TURNS IN