IRAN BEHIND THE AUSSIE SOLDIER'S DEATH IN IRAQ?

News is surfacing of Tehran's sinister involvement in the shooting down of the British Hercules plane last week that resulted in the first battlefield death of an Aussie digger in Iraq. It has been reported that the missile used to attack the plane was supplied to Iraqi terrorists by Iran! As the world's number one terrorist-supporting nation it is perhaps not surprising to see the Mad Mullahs of Tehran suppling and supporting the anti-democratic terrorists in Iraq. The Mullahs hate our freedom, and with the recent election in Iraq resulting in a spontaneous celebration of democracy they have a lot to fear if their own oppressed people get a whiff of freedom the Iraqis are now enjoying.

These terror-mongers in Tehran have to realise that the people of Iraq and the courageous leaders of the West Bush, Blair and Howard will not tolerate terror. The heroic sacrifice made by the Coalition of the Willing in liberating Iraq is hopefully just the beginning of the reign of freedom for the troubled Middle East region.

The Mullahs are on notice: Your days are numbered!

These reports must be fully investigated, and if confirmed the Iranians must be held accountable. Australia’s mighty diggers, like the other brave soldiers in Iraq, need to know who they are really fighting.

The story was writing itself and I was having a hard time keeping up with it. 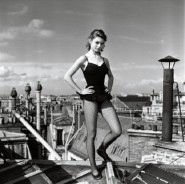