Outraged Aussie farmers are up in arms after the new "democratic" government of Iraq reneged on a deal to buy Australian wheat. Instead the Iraqis now want to buy it from the US. "What a fucking joke," said Australian National Farmers Formation president Mr Anthony Hick,
"Our boys and girls went over there to liberate these arseholes and now they turn around and say they don’t want to buy our wheat anymore!"

Even worse for these dinky-di battlers is that their supposed allies the US are now getting the deal.
Said Mr Hick:
"What is our 70 year old PM going to do about this? I much preferred it when Saddam was in power. I don't give a shit that he tortured a few people, at least he bought our wheat and kept fair dinkum Aussie farmers going!"

A spokesman for the aging Aussie leader said he was resting and would answer questions on this matter later.

If at first you don't succeed, try again. Then quit. No sense being a damn fool about it. 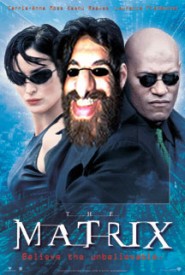