Jeff Kennett, We Knew You Well!

AN ICKY BY ANY OTHER NAME...
Jazz Jive King Cab Calloway's glossary of jive expressions (These terms were usurped from Cab's out-of-print 1930's-era book of "hep slang")

Victorians still recovering from the scandalous reign of the deposed corporate zealot, boorish loudmouth and thug Lord Jeff of Balwyn should note the explanation for the expression "JEFF" - as if we didn't all know! ARMSTRONGS (N) musical notes in the upper register, high trumpet notes.

BEATUP (N) small change. Example "Can you lend me a little beatup?"

COOLING (V)laying off between engagements, not working

DILLINGER (N) a killer-diller, too hot to handle.

FEWS AND TWO (N) money or cash in small quantity.

GOT YOUR GLASSES ON you are ritzy or snooty, you fail to recognize your friends, you are up-stage.

IGG (V) to ignore someone. Example "Don't igg me."

JELLY (N) anything free, on the house.

LEFT RAISE (N) left side. Example "Dig the chick on your left raise."

TWISTER TO THE SLAMMER (N) the key to the door.

VIPER (N) one who smokes reefers, a tea-hound

V-8 (N) a chick who spurns company, is independent, is not amenable.

WHIPPED UP (V) worn out, exhausted, beat for your everything.

YEAH, MAN an exclamation of assent.

I am invariably late for appointments ... sometimes, as much as two hours. I've tried to change my ways but the things that make me late are too strong, and too pleasing. 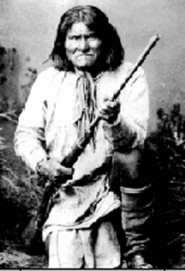