A simple strategy for the podcaster who would like to appear clever in 2021 is to casually drop the word reciprocity into a sentence.

The meaning of the word is very much relevant, and the precept certainly has value to current political discourse, however its relevance and meaning is not why it is being used.

Its really just another word in a long string of fashion-of-the-day clever words to insert into a sentence instead of using another word that every one knows the meaning of.

Using a word that only clever people know the meaning of can raise the perceived IQ of the speaker. However when delivering these words one must not hesitate or make any undue emphasis. Deliver the word as if you have been using it (and other clever words ) since birth.

In 2021, reciprocity is one of the fresh clever words.

Previous contenders now gone stale include "nefarious" which had its power in the late 90s until it was knocked off its perch by the suave "egregious".

Using clever words can give you an instant status boost. However don't be late off the starting block with these things. For example using "nefarious" or "egregious" today would be so passé. Try and refrain from using passé clever words as it might just confirm to your audience that you are just a dumb arse trying to sound clever.

In the meantime feel free to use "reciprocity" for a time, but know that the shelf life for clever words is getting shorter particular with articles like this outing how the jig is up.

Think of how silly you will look if, after hearing your use of "reciprocity" in a podcast, one of your listeners was to say "Hey Google, what does reciprocity mean?" and if this article was to come up! 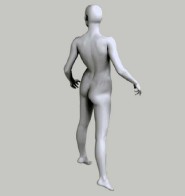