Home  Entertainment  Jokes  Why Did the Chicken Cross The Road? - the Latest Version

Why Did the Chicken Cross The Road? - the Latest Version

WHY DID THE CHICKEN CROSS THE ROAD?
World leaders explain... GEORGE W. BUSH
We don't really care why the chicken crossed the road.
We just want to know if the chicken is on our side of
the road or not. The chicken is either with us or it is against us.
There is no middle ground here.


COLIN POWELL
Now at the left of the screen, you clearly see the
satellite image of the chicken crossing the road.

HANZ BLIX
We have reason to believe there is a chicken, but we
have not yet been allowed access to the other side of the road.

MOHAMMED ALDOURI (Iraq ambassador)
The chicken did not cross the road. This is a complete
fabrication. We don't even have a chicken.

SADDAM HUSSEIN
This was an unprovoked act of rebellion and we were
quite justified in dropping 50 tons of nerve gas on it.

SIMON CREAN To steal a job from a decent, hard-working battler.

THE REV FRED NILE
Because the chicken was gay! Isn't it obvious? Can't you people
see the plain truth in front of your face? The chicken was going
to the "other side." That's what they call it-the other side.
Yes, my friends, that chicken is gay. And, if you eat that chicken,
you will become gay, too. I say we boycott all chickens until we
sort out this abomination that the liberal media whitewashes
with seemingly harmless phrases like "the other side."

Isn't that interesting? In a few moments we will be
listening to the chicken tell, for the first time, the
heart-warming story of how it experienced a serious case of molting and went on to accomplish its life-long dream of crossing the road.

JOHN LENNON
Imagine all the chickens crossing roads in peace.

ARISTOTLE
It is the nature of chickens to cross the road.

KARL MARX
It was an historical inevitability.

VOLTAIRE
I may not agree with what the chicken did, but I will
defend to the death its right to do it.


SIGMUND FREUD
The fact that you are at all concerned that the
chicken crossed the road reveals your underlying sexual
insecurity.


ALBERT EINSTEIN
Did the chicken really cross the road or did the road
move beneath the chicken?

PAULINE HANSON
I did not cross the road with that chicken. What do
you mean by chicken? Please explain chicken?

COLONEL SANDERS
I missed one?

Well, Valerie, Valerie said nothing and I said nothing , you know, I just, I put a lot of salt on 'em, an' that. Luckily they were lubricated otherwise they'd have been really dreadful. 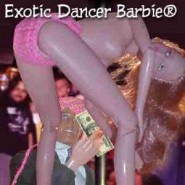 REBECA PETERS - RESPONSIBLE FOR THE CASTRATION OF AUSTRALIA

Is Australia building its own 'protective' Wall?

CHECK IT OUT - THE FIRST PAGE OF XENOXNEWS.COM

LABOR STATES TO BE DISSOLVED

And they all went to heaven in a little straitjacket