Allow me to introduce myself. My name is Tanya Newsome, and for the past 29 years I have been stupid. You see, I have spent my very diverse life in the belief that someone else is taking care of my country for me, like many others I saw voting as a hindrance, and honestly believed that government still consisted of a majority of ethical people that would forever hold the unethical representatives responsible for their actions.

I have watched as a communistic prime minister fights to take from me my fundamental rights, why have my representatives not protected me from this?

I have listened as my fellow Australians speak of giving up work, envisioning working conditions in the future as similar to those we see in China.

And I cry as I contemplate what the future holds for my children.

Is reducing labor costs in this country in order for our government to have the ability to attract foreign investors, really worth the sacrifice of the people in this country that have held us together for so long?

You know that our protection from absolute exploitation exists only in our states Statutes, and would never be replicated by the Commonwealth. I know that you understand the implications of the Commonwealth making changes to the minimum wage, constructing a single national industrial relations system, and removing unions ability to forge wage agreements.

What I do not understand is how any of you can support it? Have you all forgotten the reason you are there?

No Australian should be concerned with whom holds the majority of seats in the senate. Regardless of the party you have chosen to support, your fundamental role is to protect us, a role that obviously many of you no longer hold as a priority.

Therefore, I Tanya Newsome, as a citizen of the country of Australia, residing in the state of New South Wales, and being represented by the ministers of that state, hold all of the representatives of the states of Australia responsible, and accountable, for ensuring the protection of all Australians from the implementation of a national industrial relations system, changes made to minimum wages, and restrictions placed upon our unions. It is your ethical duty as representatives of the Australian public, to ensure your opinions reflect those of the people, are for the people, and protect the Australian public against the development of one power via support for federalism, and the separation of powers.

Australian's are not pawns on a chess board that can be sacrificed for the benefit of the players. We are Australia, it is our blood, sweat, and tears that make this country, not yours. Therefore, do not attempt to take away from us fundamental rights that we have shed blood to develop, for all you will facilitate is your own demise.

Psychic illnesses are the result of a disturbance of the natural ability to love. 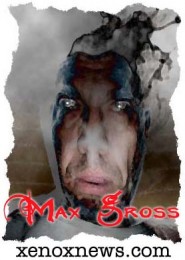