For the artist or presenter - as time passes - the question of relevance will eventually become raised in one's consciousness.

Am I still relevant? Have I ever been relevant? Do I need to re-invent myself so as to remain relevant?

The question must be asked - does speculating on one's relevance indicate a serious relevancy problem within? Is this confirmation that one has become increasingly or perhaps totally irrelevant?

The fashionable and selfless zen artist will perhaps state that the issue of their own relevance is something never raised or questioned - "I go with the flow man and meander beyond the plane of petty issues that perplex the less evolved and spiritless growing multitude of inane artists..."

In any case the question is certain to arise.

As it may have for you dear subscriber - perhaps because of this inane article whose origin was a delving into the question of relevance - tearing you down for a moment from your meandering flight - a petty question from a petty writer - who, on circumspection - is perhaps completely irrelevant - if not now - perhaps more so - as the article writes itself - will ultimately confirm.

But perhaps the art of the irrelevant also holds a special place - does irrelevancy, by way of its juxtaposition with the relevant, present perhaps a glimpse of a void - the landscape between prime relevancy and the most protracted irrelevancy - in itself showing glimpses of the hidden world that is, in itself, one of the delightful or at least titillating aspects that makes art as a form attractive.

Does innovation itself emerge from those dabblers in irrelevancy?

Could it be that what is relevant will be deemed as passé - regurgitation - verging on dreaded imitation?

Would you rather be considered relevant or irrelevant?

I am serious - if you had to make the choice either way...

What if you had to wear a T-Shirt with big letters on the front.

Or perhaps you would like to secretly be considered as extremely relevant - while maintaining a humbler - "I am pretty much irrelevant in the scheme of things" outward display?

Perhaps the debate on what or who is relevant or irrelevant is completely irrelevant?

Or maybe irrelevant art is increasingly becoming relevant as the wave of relevant artists peaks and ebbs - dulling us in its predictable relevant manner?

The question of relevance raises itself in one's consciousness - even for a fleeting moment - is relevance, on reflection, perhaps, rather irrelevant.

Time to move on me thinks bubba. 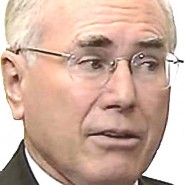