The flailing organisation that was only recently over-subscribed is now suddenly facing forfeiture.

The World Ambivalent Heart Organisation was originally developed by a mass movement of members who recognised each other face to face, eye to eye, throughout local and international communities.

In his rich and comprehensive novel about the history of the Ambivalent Heart Org. Robert Biffin recently brought to light a fascinating report analysing attitudes that had developed toward the meticulously researched and engagingly told accounts of ambivalent prehistory.

From its initial inception, the general public appears to have held mixed feelings about the organisation. "Bits are great, other bits are fairly weak, admittedly quite a big chunk -- the ending entirely unnecessary" the general mood.

That the sheer weight of past references and the fact that someone, sometime, said something, appears to hold no great value anymore according to the latest Gallop polls Sun, May 2004

"Generally, I enjoyed it, and that there were a few classic moments is impressive, but I just didn't get the same buzz from it as I did from those beautiful monuments of human ingenuity and endeavour I used to experience (despite them being symbolic powerhouses of modern economic imperialism)" one respondent emphasised.

Arman Nadir, CEO of ambivalentheart.org, told Xenox News that he was unsure about the whole situation.

Your voice accounts for 38% of the impression you make on people; 55% depends on how you look and only 7% on what you say. 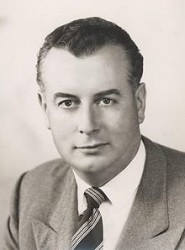