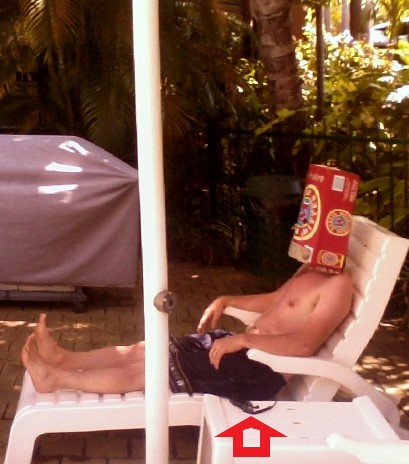 There they are, right there!

Hey, Boxboy, I git PROOF that ya took that thar box off yer head. Take 'a lookey at Boxboy's sunglasses right thar ware his box be 'fore take'n 'em off. Cain't ware no sunglasses wiht a box, 'n tain''t no reasons ta have sunglasses when ya git a box fer ta protect from all thar world's badness. So's if you ain't war'n them sunglasses, whatcha git 'em fer??? Y'all think 'ol Rickardovitz tain't too smart, but he sho 'nuff git this one figered out, dern't he!!!

So, you like my sunnies? I reckon I look pretty sharp in them too.

Ricky you think you really you are a smart one, finally figuring out my secret box removal. What a hillbilly genius!

You think I don’t go out Ricky? That I am a loner in a Box? That I don’t socialise?

Of course I do Moron! I am out and about like the rest of them. Enjoying the sun and sitting by the pool with friends and others. And of course, by the pool there will be tables with all sorts of goodies on them. Including other people’s sunglasses...

So that’s all it is. No big secret!

Time to get out of your shack Ricky and start living like us civilised people do. 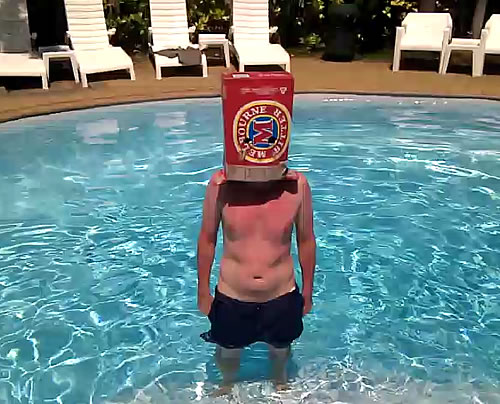 ps See Ricky. Sometimes I even get into the pool.