Home  Life and Style  Under The Influence  Andrew Johns caught in possesion of Ecstacy...

...and when asked to explain it, he said that someone, a stranger, put it in his jeans pocket and then he forgot about it.
Well, from what I understand and can see from the mentality and attitude of footy players, if a bloke on the street put their hand in his pocket at all, the first impulse they would have would be to turn around and punch the guy in the head, at least once, and then probably continue to beat the guy into a pulp.

What a friggin joke those footy players are. 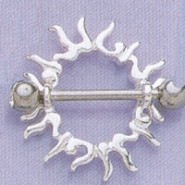 Eden-Monaro falls to the partisans!

The moon is obscured by harmless lunatics and blind panic