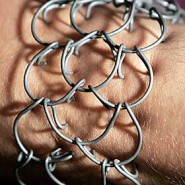 Despite Australia’s federal and state governments pretty much abandoning all responsibility for the health and safety of the citizenry, the Covid pandemic remains a constant threat. Not that gormless Freedumbers give a shit. End Times and blocked dunny drains! Today New South Wales admitted to another nine people who are dead because of Covid-19, with 13,179 new infections, 1,038 cases in hospital and 39 in ICU. In Victoria nine more people have died, 7,081 infections were recorded and active cases now number 38,874. There are 196 people in hospital with the virus, 32 of those are in ICU. Yesterday, in the local Woolworths, only a handful of people wore safety masks, including me, Z and A. I arrived in Merimbula in NSW after an arse-busting 10 hour train and coach ordeal in drizzling rain around 4.30pm, having left miserable Melbourne in Victoria at 6.30am.

Skies were overcast all the way, the clouds fat and full of rain from Bairnsdale going north. Every river, creek, waterway and water hole within sight was swollen, rushing, foaming. The river at Cann River – where I sink an overpriced beer at the local pub while the coach pauses for a half hour break and folks camp for a traditional Aussie holiday – was wider and flowing faster than I have ever seen it it in all these awful years of traveling to and from Melbourne. Normally it is just a a shallow stream, barely enough water to wet your feet. And what’s with all those white lilies peppering the roadside? Further up the Princes Highway, the paddocks around little Genoa – the gateway for fishing freakoids heading for Mallacoota – were completely flooded – an inland sea – tree tops sticking out of the muddy water. Wetlands have become floodlands. As catastrophic floods continue to ravage Queensland and New South Wales, Australia’s acting (always acting!) prime minister Sideshow Scott Morrison finally got off his pampered, privileged arse to announce (always announcing!) ‘a national emergency in response to catastrophic floods in northern New South Wales' where about four people have drowned, but not in Queensland where at least 13 have drowned. Needless to say, Queensland is a Labor state, NSW is LNP. So no surprise there. Mates rates!

Journalist Samantha Maiden notes “Here’s the interesting part: usually request comes from states but NSW didn’t request it? It’s largely administrative but I’m still not clear why NSW hasn’t declared a state of emergency.” What’s more, the crisis is NOT national, it only effects NSW and Queensland. My guess is that Morrison sees another opportunity for another PR exercise: look at me! I care!!!

FFS whatever you do, peeps, do NOT, shake the bastard’s poisonous hand.

An ABC News headline online screams ‘South-east Queensland warned to brace for [MORE] severe storms bringing heavy rain, destructive winds and hail”, yet not a cent of the federal government’s notional Disaster Relief Fund had been spent of flood mitigation. Another headline: “Sydney experiences wettest start to the year since records began in 1859.’ Overnight ‘there were 65 evacuation orders across the state, affecting more than 60,000 people.’ The Guardian online reports: ‘The federal powers to declare a national emergency were enacted in December 2020, in response to recommendations from the royal commission into the Black Summer bushfires. Following criticisms of the speed and power of the federal response, the commission said the federal government should have stronger declaration powers in order to “signal to communities the severity of a disaster early, act as a marshaling call for the early provision of Australian government assistance when requested”, and better coordinate with state and territory governments. Questions will be asked as to why it took so long for the government to declare a national emergency, considering the royal commission’s specific mention of “early” intervention. But the relevant legislation says the declaration powers are largely about cutting “red tape”, to get support out faster to disaster victims and affected communities.

No doubt Morrison and his minions will do the bare minimum.

Somebody commenting in The Guardian nailed it: “The announcement of a Disaster Response Co-ordinator for the Northern Rivers by the Premier of NSW is just more of more of the same. More empty Liberal announcement theatrics. It doesn’t matter who is at the top if you do not have boots on the ground. Useless.” And another commented “So Morrison will declare a National Emergency today something everyone else knew days ago. But that’s our Scotty, too late with the bush fires, the vaccine procurement, the ordering of RATs [Rapid Antigen Tests], a consistently late incompetent playing catch then blaming others.” Absolutely correct.

And yet another: “Can you believe Morrison announces $10Billion dollars for new Sub Bases BUT we had to borrow two Chinook Helicopters from Singapore for Flood Relief.”

As for the Russian invasion of Ukraine, it seems international sanctions will barely make a dent as long as Europe is dependent on Russian energy supplies. The Guardian reports: ‘Vladimir Putin’s war in Ukraine is being bolstered by $285m (£217m) in oil payments made every day by European countries', new analysis by the Transport & Environment (T&E) thinktank has found. Russia received $104bn from its crude, petrol and diesel exports to Europe last year, more than twice the $43bn it took from gas shipments, the study estimated. The analysis by the European clean-transport NGO was published shortly before the US and UK moved to ban Russian oil imports, and as Shell announced plans to shut down its Russian petrol stations and oil spot purchases. “Gas is understandably a worry, but it is oil that is funding Putin’s war,” said William Todts, T&E’s director. “Relying on it leaves Europeans dangerously exposed to rising prices in an increasingly uncertain world.” Europe’s dependence on Russia for about a quarter of its crude oil imports has helped to spur US pressure for an import ban, even as Brent crude prices have surged as high as $139 a barrel. Russia’s deputy prime minister, Alexander Novak, said on Monday that any rejection of Russian oil would have “catastrophic consequences” and could send prices as high as $300 a barrel. Europe imported more than 200m tonnes of oil from Russia each year between 2004 and 2017, even increasing its purchases in the two years after Russia seized Crimea in 2014.

NATO, the EU and the USA will do nothing more than blah blah blah and offer token gestures. Apparently for Ukraine’s vociferous supporters to do do anything more than wibble wobble is to risk risk a third World War, if not that even more popular cinema concept: nuclear warfare.

But don’t fret, fellow humung beans, because one thing is for fucking sure. Well before nuclear annihilation spoils your day, global warming – “climate change” – will wipe the planet clean. 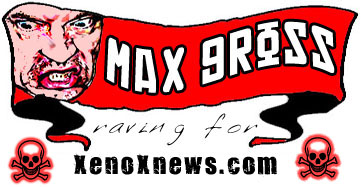 Croc Hunter killed by Stingray. Should the Stingray be hunted and killed?

The Time That Land Forgot

I'VE GOT THE SWEET SMELL OF ANISEED TODAY...