Home  Local  Something Fishy in the Strait?

Something Fishy in the Strait?

The Victorian Braxist Government today supported a new plan to help prevent drowning deaths on Victorian beaches. The plan encompases the building of an electric fence across the eastern end of Bass Strait to disrupt the migratory patterns of whales, sharks, rays and other commercial fish. The restraining of these fish within Victorian waters will give us (Victorians) a better go at our share of the fishing industry harvest, at least for those of us not East of Wilsons Prom. it has been stated.

The Government is extremely concerned with the number of drowning deaths in the state over the last few summer seasons. "We should be able to reduce this significantly," a source quoted "as shark attacks do not count as drowning and fall under the Federal Governments juristiction."

The State government is poo hooing the flurry of activity and objection to this plan and has even gone so far as to plan overiding the jurisdiction of shires in which the expertise can be found in these critical scientific areas.

The Victorian State Government appears untroubled by the massive amounts of chlorine produced by the Bass Link fence as it will not directly effect Victorians because it is on the Tasmanian side of the strait.

Sources told Xenox News that the magnetic fields produced will only alter the readings on a boats magnetic compass when the vessel is in less than 300 foot of water.

When Xenox news pointed out that Bass Strait is generally only 180 foot deep an elecricity corporations site assure us "that most modern shipping does not depend on this old technology for navigation anyway."

Although the monopole technology to be used is outdated and no longer permitted in Europe or North America the Governments of both states apear to be pushing for a private enterprise to do what no private citizen is allowed to do. Pollute the sea, pollute the air and visually disgrace a huge area on two states.

What this Xenox reporter would like to know is "How come I had to put my power line underground, and they dont have to?" 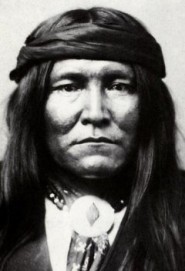 Investing For Even More Cancerous Growth

Where are all the Weapons of Mass Destruction?