Home  World  North America  FORTUNATE SON - UNFORTUNATE FOR THE REST OF US!

Tuesday, 02 September 2003 By agitprop
... a ravaged environment, growing disparity between rich and poor, Texas style cronyism, property tax reform that benefitted landlords and ignored tenants, diminished popular rights to abortion, legalization of concealed handguns despite protest from law enforcement, and finally, a stubborn refusal to approve Hate Crimes laws even after the brutal murder of James Byrd by three Texas racists in Jasper.

Bush is described in Fortunate Son as being politically to the right of his father. His lack of real compassion planned a nuclear waste dump 5 miles away from the poor, Hispanic town of Sierra Blanca. Rather than grant clemency to born-again death-row inmate Karla Fay Tucker, Bush waited until the last possible moment before grand-standing in the media spotlight and again refusing to reconsider, despite the pleas of prominent religious leaders.

With 54 pages of source notes, Hatfield's book is a researched, precision-cut account. It balances Bush the likeable fellow with Bush the politician America needs to get to know better. And this was written before Enron, before anthrax, before Iraq. And the Shrub has just returned to the White House after a month's R & R back home o­n the range. As the US elections loom closer o­nce more, be afraid, be very fucken afraid. 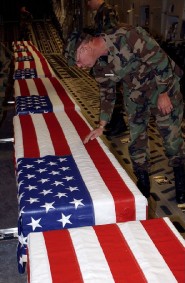