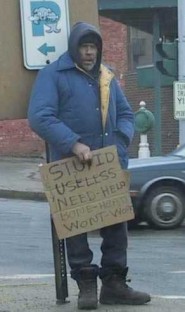 New records were set in an auction of political memorabillia in Canberra today with one keen bidder outlaying $9000 for a poo done by George Bush during his lightning visit to Australia early this year.

The bidder for the historic dumpling has wished to remain anonymous but insiders from Christies who staged the auction said they believed it was none other than the Prime Minister John Howard an avid collector of political stoolage. Although Howard refused to comment on the matter sources from within the PM's office have revealed that Mr Howard has had his heart set on the rare piece since hearing of its sale.

"He did try to get a sample when Mr Bush was out here last but for some strange reason the President wasn't to keen to do his business in the plastic bucket that Mr Howard supplied him with" the source said.

Other pieces of memorobillia to go under the hammer were Wilson Tuckey's collection of pornographic magazines and an old pair of Amanda Vanstone's undies which was purchased by a local parachuting club.

Baseball caps are bigger than baseball.