After earning somewhere in the vicinity of a whopping US$450 to $740 million, mostly punishing, but eventually, being punished in the ring, Mike Tyson, 37, has filed for bankruptcy!!

Spending that kind of money must have been some serious fun however Tyson suggested that the bulk of it disappeared because:
1. Don King robbed him (Tyson's legal suit against King goes on trial in September)
2. His second wife, Monica Turner, spent millions on a lavish lifestyle
3. Massive legal fees.

Mike was admonished for the $12,000 spent for the care of his pet tigers this afternoon by Doctor Hugh Wirth and a consortium including Mick Malthouse, Eddie Mcguire and Nathan Buckley (sporting broken teeth) suggested that the nearly $100,000 for limousine services in this two year period was a good example of how far stretching (no pun intended) the reach of the Collingwood Football Club's wipe of 5 ad campaign.

"We are not only the greatest Aussie Rules football club in the world", said Ed, "but expenses like these on bankruptcy claims show how terrific the Collingwood Club is in spreading the message and preventing drink driving."

Ed was reminded by a journalist that the Collingwood message was "wipe of 5" (km per hour) and that the .05 message was being done by another club.

"Doesn't matter", Ed said, "we have won more premierships than most so these inconsistencies are irrelevant. Maybe Mike took the message to mean 'wipe of 500 million'; that is how effective we are for our sponsors; even Mike Tyson is listening"

Boxing historian Bert Sugar was quoted recently: "I remember seeing Mike go into a jewellery shop in Caesars Palace in Las Vegas with a bunch of friends, and they closed the store for them and later I asked the shopkeeper what had happened. He told me, 'Mike was just handing stuff to his friends. The bill came to over $500,000 ($A750,000) in an hour."

Bert also added, "I don't know much about footy but everyone knows that Collingwood has 'lost' more grand finals than any other team"

Mikey was once the toughest kid in the world and adored by millions of sports fans around the world.

His descent has included a prison term for rape, many assault charges, mad shit in the ring especially the biting, ripping and spitting out of a piece of Evander Holyfield's ear...

Iron Mike, however, appears to have been studying defence rather than attack of late having quipped recently: "I hate myself so much, you can't hate me as much as I hate myself."

Who would argue with him? 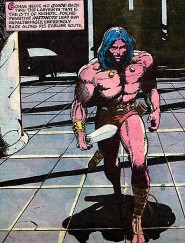