Home  World  Middle East  Losing the war... at any price!

Losing the war... at any price!

Friday, 07 September 2007 By monsveneris
As a new international poll by the BBC finds that the majority of people want the U.S. to end its occupation of Iraq, U.S. forces continue to destroy entire districts and slaughter and maim Iraqi citizens in its losing battle with guerrilla groups, insurgents and other gun-toting opponents of the Bush Regime’s putsch for global dominance and total control of resources disguised as a war on an adverb. The war, as most of us know, cannot be won militarily, yet the cost in ruined lives, corpses and cold hard cash keeps rising.
Why Is This Man Smiling?
by Robert Scheer
Published on Wednesday, September 5, 2007 by TruthDig.com

OK, throw another $50 billion down the rat hole that is the Iraq occupation. It’s only money, if you ignore the lives being destroyed. That’s what the White House is asking for, in addition to the $147 billion in supplementary funds already requested, and Congress will grant it after Gen. David Petraeus and Ambassador Ryan Crocker follow President Bush’s photo op in Iraq’s Anbar province with a dog and pony show of their own. Meanwhile, the Democrats are totally cynical about this continuing waste of taxpayer dollars and of American and Iraqi lives, and, wanting Bush to hang himself with his own rope, they will deny him nothing.

In the effort to retaliate against terrorists who hijacked planes six years ago with an arsenal of $3 knives, this year’s overall defense budget has been pushed to $657 billion. We are now spending $3 billion a week in Iraq alone, occupying a country that had nothing to do with the tragedy that sparked this orgy of militarism. The waste is so enormous and irrelevant to our national security that a rational person might embrace the libertarian creed if only for the sake of sanity. Clearly, the federal government no longer cares much about providing for health, education, hurricane reconstruction or even bridge safety, as the military budget now dwarfs all other discretionary spending, despite the lack of a sophisticated enemy in sight.

Numbers are boring, and the media act as if there is no difference between a million and a billion dollars thrown at the military-let alone the trillion-dollar projected cost of the Iraq war. That last figure is well documented in a solid study out of Harvard co-authored by Nobel Prize winner Joseph Stiglitz but ignored by the mass media So too a recent authoritative report from the non-partisan Government Accountability Office that, despite the $44.5 billion in U.S. taxpayer dollars already poured into reconstruction, little detectable progress has been made in Iraq’s crucial oil and electricity systems.

Remember when Paul Wolfowitz, then the Pentagon’s resident neocon genius, assured Congress that Iraqi oil money would easily bear the entire cost of America’s Iraqi adventure? Now the GAO tells us that, even after spending an additional $57 billion on the Iraqi oil and electricity infrastructure, and assuming peace is restored, Iraq would still not produce enough oil and electricity to meet local demand until the year 2015.

Aside from corruption and the lack of security, the biggest problem in supplying Iraq with electricity is that the national electrical grid has broken down, and different factions, divided largely along ethnic and religious lines, are grabbing what they can. This kind of anarchy is emblematic of the new, emerging Iraq, in which the central government has declining sway over the nation’s decisions.

That latter point was underscored this week by Bush’s happy-faced visit to a highly fortified and isolated American outpost in Anbar province. After posing gamely with the troops at the Al-Asad base, Bush celebrated the return of Sunni areas to the control of U.S.-armed militias-composed largely of former insurgents who have at least temporarily decided that their Shiite rivals, currently in control of the central government, are a more pressing enemy than the American occupiers. Speaking of one such group of Sunnis trained by the Americans and dubbed the “Volunteers” by their instructors, a U.S. soldier told The Washington Post, “I think there is some risk of them being Volunteers by day and terrorists by night.”

That is exactly what has occurred on the Shiite side, where anti-U.S. religious groups have completely infiltrated the American-trained Iraqi military and police forces. In Iraq’s Shiite-controlled south, the domination of the military and police by the fiercely anti-American Madhi Army and other militias was ensured by the final withdrawal of British troops from Basra, Iraq’s second-largest city and a vital center of oil production, on the same day that Bush visited Iraq. Instead of the liberated, united and democratic Iraq promised by this invasion, we are left with a nation ruled by religious fiefdoms sustained far into the future by U.S. taxpayers.

The French and the Germans, hoary veterans of various failed European adventures in imperialism, warned us about precisely this outcome. While U.S. troops spill blood to guard broken oil pipelines, the Chinese and others go merrily about the world buying up black gold on the open market. But hey, don’t worry about your tax dollars and the waste of lives-eat some freedom fries and learn, like our president, to keep smiling.

Robert Scheer is editor of Truthdig.com and a regular columnist for The San Francisco Chronicle. © 2007 TruthDig.com

We are always acting on what has just finished happening. It happened at least 1/30th of a second ago. We think we're in the present but we aren't. The present we know is only a movie of the past. 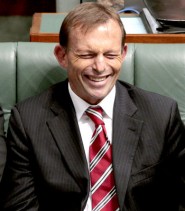