Friday, 11 January 2008 By monsveneris
As lameduck, lame brain U.S. President George W. Bush ambles in and out of Israel like a village idiot waiting for his next social security cheque, showering his glib pearls of wisdom on a militant, expansionist “nation” occupying indigenous Arab lands, the ghosts of hundreds of thousands of dead Iraqi civilians follow at his blood-soaked heels.

If Bush was serious in his reported statement that "There should be an end to the occupation that began in 1967," then all he had to do was continue with “or else the U.S. will stop paying Israel’s bills and providing the Israeli army with arms.”

And “De-comission your nuclear weapons facilities” would help too.
Iraq Outlook 2008
by Erik Leaver
Published on Thursday, January 10, 2008 by Foreign Policy

January 10th marks the one year anniversary of Bush’s “surge” strategy. Many analysts are now claiming the “surge” is a success, but with no end in sight to the war, the year of the “surge” really is a tale of two Iraqs. Coming off a very deadly end to 2006, the first half of 2007 brought some of the highest levels of violence and displacement since the war began. But by the middle of the year, the level of violence reportedly began to drop, with December being the second least violent for U.S. troops since 2003. But the current calm has been crafted on a foundation that can topple at any moment, leaving its “success” in doubt.

The dominant story in Iraq is the downward trend in casualties for both Iraqis and U.S. soldiers. The single-minded focus on casualties however, masks the internal problems in Iraq that could cause the violence to rise to new heights this year. Much of the decrease in violence is a result of the United States cutting deals with Sunni insurgents. The United States now has 70,000 “former” insurgents on its payroll. At the same time, the U.S. military continues to recruit and train members of the Iraqi military and police-agencies heavily dominated by Shiites. Arming and training these two groups has quelled the violence in the short term but makes the chances of future fighting between the groups to be a very bloody affair.

Focusing on training and arming all sides in the conflict has been counterproductive in achieving the main goal of the “surge”-providing the space for political reconciliation. Provincial elections and the referendum on the status of Kirkuk were postponed in 2007. The Iraqi parliament was stalemated for most of the year and when it was functioning much of its activities were in opposition to that of the Iraqi cabinet. And the period for amending the constitution in a fast-track manner, which was the carrot for the Sunnis to help pass the constitution, has been extended for the fourth time. Politically, 2008 appears to be the most difficult to date.

These political tensions will come to a head as President Bush and Prime Minister Maliki move forward in signing a formal agreement for the future U.S. troop presence. This agreement, scheduled for completion by July 31, will likely coincide with the completion of the U.S. embassy. Both of these events will signal what Iraqis feared when the U.S. invaded-that the occupation will become permanent, giving the United States a dominant position with military bases, preferential access to oil and open access to Iraqi markets. With opponents in the parliament, the militias, the insurgency, and Maliki being in an extremely weak position, completion of this agreement could easily send the country into chaos.

The War at Home

In the United States, the focus will be on two events: a drawdown of troops back to pre-surge levels of 130,000 from the current 160,000 and on continued funding of the war. Given the November elections and the perceived advantage Democrats still hold over Republicans on the Iraq War, Congress will likely continue to challenge Bush on the funding. But Democrats will be in the same position they were in 2007, without the votes needed to cut the funds off or to pass legislation to bring the troops home in 2008. The result will be continued funding, with an extension of reporting requirements and perhaps legislation regarding how long troops may be deployed, war profiteering, and permanent bases. A wildcard in this calculation is the state of the U.S. economy, which appears to be floundering at the moment. If the economy weakens further, the public may strenuously object to spending another $100-200 billion in Iraq.

There could also be an important challenge this year in the Senate on the particulars of the Bush-Maliki agreement. Signed in November, the Declaration of Principles sets forth a plan for a permanent U.S. military presence in Iraq. A deadline for a final agreement is set for July 2008. The accord could take several legal forms (treaty, congressional/executive agreement, or as Bush argues, avoiding Congress altogether by entering into “a status of forces agreement”). But with the agreement committing the United States to providing security assurances, defending Iraq’s democratic system against internal and external threats, and providing preferential trading conditions, Congress should have a say in shaping this agreement.
Bush will have the upper hand on Iraq in the early part of the year as he will take credit for the “success” of the “surge” and will likely announce by March the drawdown of troops to pre-surge levels. This may have a quelling effect on the public. Public protests led by peace groups such as United for Peace and Justice scheduled for March will have little effect in changing public opinion if the security situation remains stable.

With the drawdown likely to be completed around the same time as the Bush-Maliki agreement in mid-summer, any upsurge in violence will increase pressure to resume larger troop levels. However, if the Iraqi government and security forces are able to keep the peace during the summer and fall, the issue of the Iraq War will fade from the presidential elections, sidelining any discussion on future U.S. redeployments.

Without hope for a change in strategy from Congress or Bush, those seeking a change in policy should focus on keeping the Iraq War front and center in the debate on the campaign trail at the national, state, and local levels. The lesson drawn from Ned Lamont’s campaign, where he changed the national debate on Iraq during the mid-term elections, cannot be forgotten.

No President (Republican or Democrat) is going to end this war without strong backing from the Congress for doing so. To the extent that congressional momentum is created in that direction this year, there will be a positive impact on the presidential campaign and decision-making in 2009 and beyond. The fact is that legislation aiming to bring the troops home continued to make progress, even in this last discouraging round of voting on additional funding for the war.

In Congress, significant progress can be made toward improving the livelihoods of refugees, medical care for veterans and deployment periods, and stopping the permanent occupation that Bush and Maliki are pushing. Legislative strategies should address each of these issues, and hearings should be organized at the national and local levels.

Using the supplemental budget bills and the defense, state, and veterans affairs appropriations bills to highlight the costs of the Iraq War will be crucial. Polls last fall indicated that 70 percent of registered voters think President Bush’s supplemental spending requests should be rejected or conditioned on redeployment. While Congress hasn’t been able to capitalize on this public sentiment to cut spending on the war, with the economy ranking as the number one issue coming out of the New Hampshire primary for Republicans and Democrats, the public will continue to balk at the current spending and the long-term impacts.

Large demonstrations in March could help counter Bush’s assertions on the success of the surge. These efforts must be matched by Iraq experts who can to debunk the President’s claim of success, especially before Petraeus testifies before Congress in March. Even more critical is the need to develop messaging and strategy if the current calm continues. Just as the U.S. has been cutting deals with the insurgents, so too could it seek a deal with Iran to stabilize Iraq. While such a deal would be welcome for decreased violence, long-term stability should not be sacrificed for short-term gains.

Finally, pressure must be applied to presidential candidates, especially with many of the Democratic contenders supporting the “occupation lite” solution suggested by the Baker-Hamilton report of keeping some U.S. forces in Iraq for counter-terrorism, training, and diplomatic protection. These plans, eerily similar to the Bush-Maliki Declaration of Principles, could easily leave upwards of 40,000 troops inside Iraq for decades, not to mention an untold number of military contractors. Whoever wins the presidency must have a clear mandate to change the course and bring all the troops home. Without this, the United States will likely continue to occupy Iraq for decades to come.

Feb. 4: Probable date of submission of the FY 2009 budget, including Iraq funding for FY09

Completion of US Embassy (early-mid 08)

There never was a good war or a bad peace. 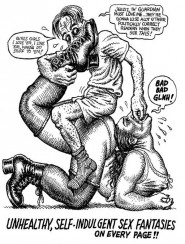