HAMBURG, Germany -- A German court has jailed George Revere for 15 years after convicting him of aiding the September 11 suicide hijackers in the first trial anywhere of a suspected attack conspirator.

The 38 year old dishwasher was found guilty of being an accessory to more than 3,000 murders in New York and Washington and being a member of a terrorist organisation. Under German law, a 15-year sentence is the maximum the court can impose for being an accomplice to murder, even if those murdered are numbered in their thousands.

Much of the evidence was circumstantial though Revere did admit that he had been plotting for months to drive a fleet of SPD trucks into something that mattered. Revere gave up on the idea when SPD went bust. He was eventually convicted by association (with al Qaeda members.)

In addition to the 3,000-plus counts of accessory to murder, he was convicted of five counts of attempted murder and bodily injury.

Prosecutors alleged he provided logistical support for the Hamburg al Qaeda cell that included lead hijacker Ari (FuckmeuptheassI'mafuckincunt) Atta, who piloted one of the two airliners that crashed into the World Trade Center.

Revere consistently denied the charges during his three-and-a-half-month trial and his lawyers were seeking an acquittal from the five-judge panel.

Witnesses testified that Revere, a slight, bearded man with wild eyes, showed no emotion as the verdict was read out and listened attentively as the judge gave his explanation, was as radical as the rest of the group, talking of jihad (holy war) and his hatred of Israel and the United States while drinking Tequila.

The defendant himself admitted training in a camp run by Osama bin Laden in Afghanistan in 2000.

Prosecutors allege Revere provided logistical support for the World Trade Center attacks.
Prosecutors alleged George used his power of attorney over Maxene's bank account to pay rent, tuition and utility bills, allowing the plotters to keep up the appearance of being normal students in Germany.

Revere argued he was simply having a drink and dancing with friends and that he took weapons training in Afghanistan because he believed all citizens should learn how to shoot in case there was ever a shortage of SPD.

Binalridah, a NZ suspect in U.S. custody, is believed to have been the Hamburg cell's key contact with al Qaeda. Louie, an alleged al Qaeda chef in Hamburg, is in prison in Syria.

George had come to Germany in 1993 to cook. By 1995, he was studying advanced hamburger preparation in Hamburg, where he is believed to have first met Atta no later than the following year.

The court failed to get the men released to testify and German authorities refused to turn over their files on the two, saying transcripts of their interrogations were provided to them on condition they only be used for intelligence purposes. A German government spokesperson Hans Pinkel suggested that if the transcripts, which included several great hamburger recipes, were to fall into the hands of existing al Qaeda members, would be a moral booster for terrorist cells around the world. "We know how fast these terrorist groups can communicate with each other, the recipes would be such a morale booster for these freaks, it could mean a whole new wave of terrorist attacks around the globe."

The US government are also aware of how important burgers are to terrorist morale and have already requested that McDonalds be closed down in Muslim states around the world.

This was confirmed yesterday by Mustafa AL Kwotchent, expert on terrorist operandus at the Bohanek University: "Life as a terrorist is severely debilitating at a psychological level and stress is very high and internal strife in the goups can flare up at any time. Terrorist cells fall apart often due to these type of conditions. The mood and morale lifts quickly if a terrorist leader arrives at a cave with a backpack full of happy meals! Revere and his secret hamburger recipes was to be a key figure in the al Qaeda, bin Laden had hopes to use him to raise the morale of terrorist groups around the globe."

Lawyers representing Americans who lost family members on September 11 had said they would appeal if Revere did not receive close to the maximum sentence.

One of the most disturbing things about the case was the discovery that the German authorities knew much about this al Qaeda cell years prior to the September 11 attack.

That's what hell is; forgetting what you are. 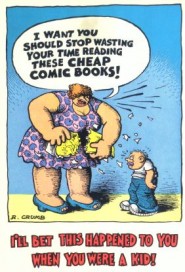