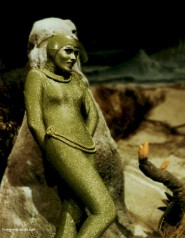 It’s been three months since the horrifying tsunami struck from the Indian Ocean killing thousands and leaving millions homeless. In that time the world has rallied to the cause of alleviating the suffering caused by this disaster, with literally billions of dollars pledged to rebuild the devastated areas.

And still the good folk of XenoxNews have not offered a red zack!
What a stalwart effort by the boys and girls of XenoxNews who in the face of the overwhelming generosity and self congratulation of the rest of the world have stuck to their guns and said no to this charity.

At last a rag with principals.

My fellow neurasthenics, we are poor human beings, and not much use either as any kind of beast.

I HAVE REASON TO BELIEVE YOU ARE JULIAN #ASSANGE

Why has this cunt got a Star of David pinned to his dress?